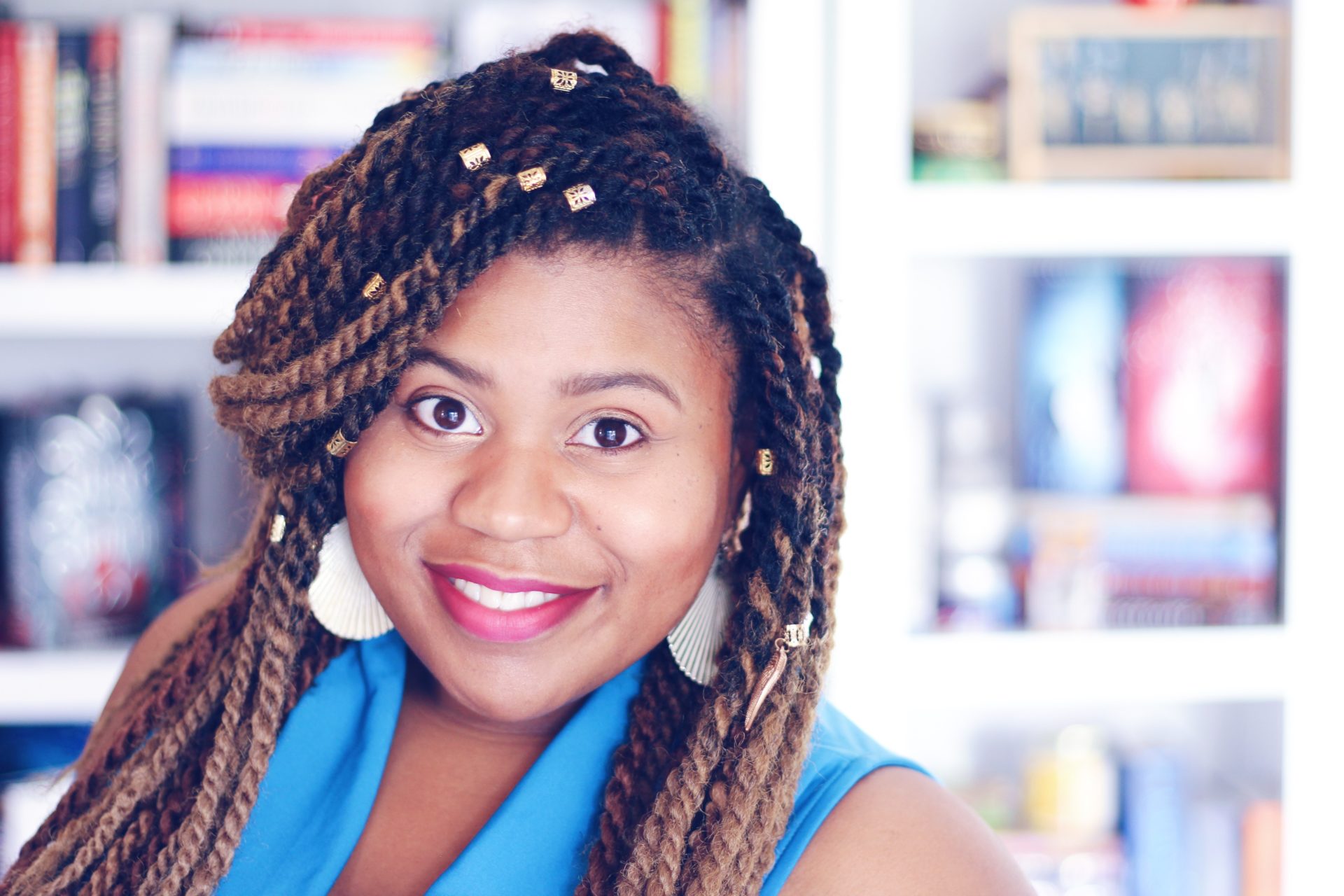 [Note From Frolic: Our resident YA expert Aurora Dominguez got the opportunity to interview  Francina Simone and ask all about her upcoming 2020 book Smash it!]

Set for publication in Fall 2020 by Inkyard Press, Smash It! by Francina Simone is an original Othello retelling (except OLIVIA thinks Shakespeare was an old white dude who didn’t know shit about black people and even less about women). At a Halloween party, while Olivia’s best friends are performing on stage and basking in the glory that comes with being high school rock stars, Olivia is standing in the crowd. After she passes up an opportunity to stand out to her crush (read: unrequited love of her life), he ends up flirting with another girl. Olivia decides enough is enough, she’s tired of letting her insecurities steer her life. Having just read Shonda Rhimes’ Year Of Yes, she makes her own list of things she has to do to change—but Year Of Yes sounds way too “old black lady with a midlife crisis”. She’s making a F*ck It List.

Auditions for the school’s rap musical Othello are just the right opportunity to test her new resolve. And with her best friends interested in trying-out too, she can’t back down. Getting the part of the play’s notorious whore is just the first step in her quest of self-discovery. She quickly learns saying “f*ck it” opens a lot of really cool unexpected doors, like making friends she never would have approached before and meeting a too-hot-for-words transfer student from Hawaii. Saying f*ck it also means following her heart. But what happens when your heart is being pulled in three different directions? Directions named Dre, Eli and Kai?In the words of Olivia: “F*ck it. What’s the worst that can happen?” A lot, apparently.

Aurora: Tell us about SMASH IT! and why it’s so important to you.

Francina: SMASH IT is a rom-com about a Black girl who is tired of letting her insecurities get the best of her. She literally showed up to a Halloween party in khaki shorts—it was a whole mess and the last straw.

This story is so important to me because I was that teen who spent more time in her head scared of what other people thought, than I did just being myself. Also, diverse books are doing a lot of important and great work these days, but I wanted to have a story that wasn’t centered in tragedy or born out of tragedy. For me, being Black was a part of my cultural upbringing—but it wasn’t a tragedy. I fell in love and thought about sex, I had friends, I had slumber parties, I laughed at silly things and I cried over dumb things. I was a kid who had a life that was far more colorful than my skin. So, this book is me showing that being Black isn’t always political. It’s human and often real funny, too.

What inspired SMASH IT! and what can readers expect?

Smash It is an Othello retelling. I LOVED Othello in high school because I had a thing for the complexity of villains—but as I got older I realized while the themes are amazing and the men are complex…the women were merely tools in the male centric narrative. I wanted to take back that story for girls and women and because I like laughing and a juicy, melodramatic story I made it a comedy where our main character Olivia embodies each of the women in Othello while coming to terms with her own womanhood and sexuality.  So, expect a ton of laughs, some real truth bombs and a lot of romantic drama.

Which character are you most excited to introduce to the world?

I’m going to cheat and say I’m excited for the world to meet the friend group that is Olivia, Lennox, and Jackie. They are such an eclectic group of girls and unapologetically hilarious. But as different as they are, they’re super supportive of each other—that and the slumber parties are a freaking riot.

Why do you feel young adult books are so popular and have such a voice right now? Who is your favorite young adult author?

I think they’re popular because like every era, time moves on and people change. All us Harry Potter nerds from back in the day range from teen to adult and we have different themes we want to see explored in media. We want diverse voices and stories—perspectives that reflect our ever-growing diverse communities. We want to be entertained while stumbling upon profound truths and we want that all in one book. YA does that.

An author I admire is Leigh Bardugo. She’s stands up for what she believes in and she does it with grace. I admire that.

Do you have a particular favorite writing method or routine?

I’m going to sound completely left field here…but I believe the story will come to me when it does. I don’t try to force it or write every day. I just stay open, I collect the ingredients and I show up every day at my desk ready. If the story is ready YAY! If not, I work on other house keeping things like my Youtube channel or some other creative endeavor.  I always have multiple projects going at once so, thankfully, I’m never waiting too long.

Any advice for aspiring writers?

Find your voice and never let anyone tell you you can’t use it. You’ve got a light, we all do, so shine. You’ll make mistakes, you’ll look like an idiot sometimes, but just laugh and remember it’s just a book. One day you’ll have written a bunch of them…and you’ll be better for it.

Francina Simone believes in one thing: Authenticity. She writes YA #ownvoices stories full of humor and hard life lessons with sprinkles of truth that make us all feel understood. Her craft focuses on feel good stories about brown girls throwing caution to the wind to discover exactly who they are and what it means to love. Francina is best known for her booktube channel where she has over 24k regular subscribers. You may remember her from her popular videos on diversity in books, and sex in YA books.

Aurora Dominguez is a high school English teacher, college professor and journalist in South Florida. Her work has appeared in The Miami Herald, Where Magazine and J-14 Magazine, all places where she worked as a writer and editor before going from the newsroom to the classroom. Her favorite days are "Caturdays," which she spends with a good book, her husband, Sebastian, and her cat, Luna. Her motto when it comes to reading: "No book left behind!"
All Posts
PrevPreviousHow You Can Use Music to Make Your Writing Better…and Your Life
NextThe Heart of a Story: Highland CrownNext