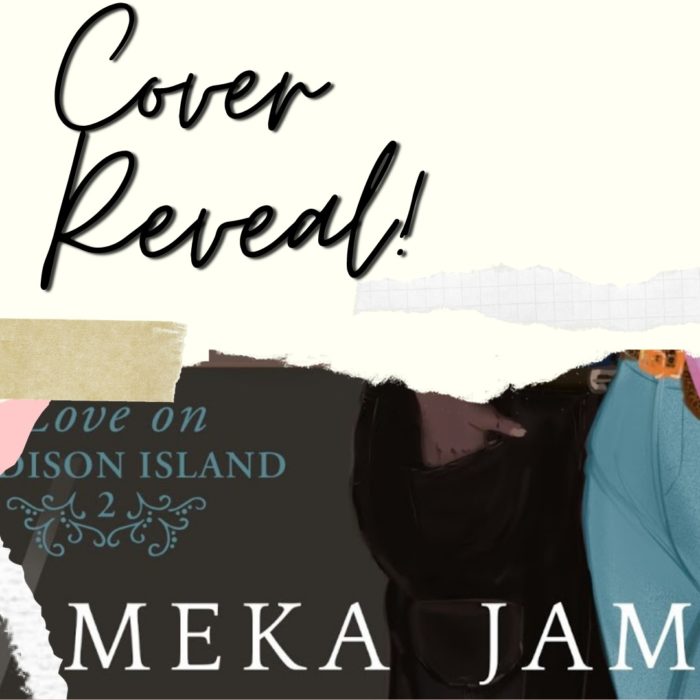 Hi, my friends! If you love romance books, this is going to be perfect for you. Also if you read Meka James’s previous title, Renovation of Love, I’m happy to tell you that a second book is coming out very soon and I have a cover plus an excerpt to show you! Isn’t this so exciting? It’s expected to come out June 21st, 2021. The cover design is by Kylie Sek of Cover Culture. And the illustration by Tamara Davies. Hope you love this as much as I do! I continue to love and love Meka’s beautiful covers so much. 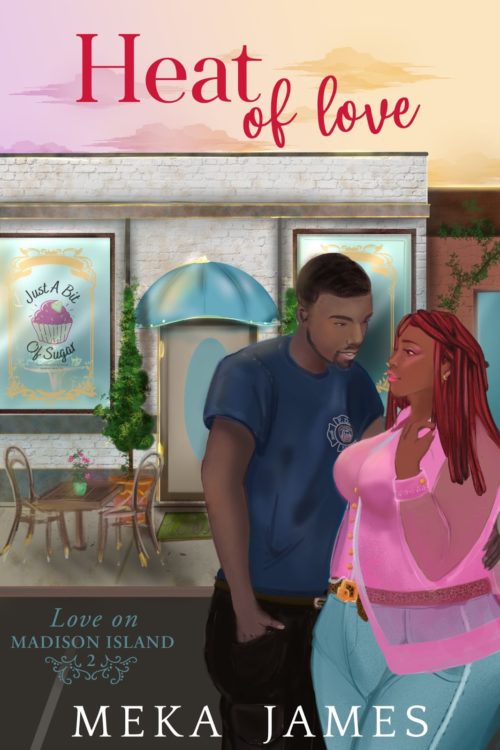 About Heat of Love:

Neither were looking for love, but the heat between them won’t be denied…

Regina Parker has four loves in life: her family, her friends, her business, and her community. A serious relationship hasn’t been on her radar since the night she became a widow. Her life was everything she wanted until it all goes up in smoke. Literally.

A fire claims her bakery, and the special investigator sent to determine the cause tries to burn through the barriers around her heart.

Firefighter Alec Hodge has put out many a blaze during his career. Now he’s eager to spread his new investigator wings and the assignment in the small town of Madison Island, GA allows him to do that. Unraveling the reason behind the suspicious fire comes second to him wanting to

know more about the enigmatic Regina. The more time he spends with her, the more the self-proclaimed bachelor for life starts imagining a different world view.

Sparks fly. The connection is instant. But when realizations hit like a backdraft, the budding relationship could be snuffed out before it really has a chance to bloom.

Some poor soul had clearly lost their business and a twinge of guilt hit the back of my mind, reminding me to focus on what a real case would do for my career goals.

He scratched at his full beard. “Welp, in all my years here, I ain’t quite dealt with nothing like this. A random kitchen fire here or there, but this…” he gestured at the building. “Something ain’t right with what happened. I’m semi-retired, got just a couple guys that rotate at the station. Not equipped for the likes of this.”

The man sucked his teeth while giving the destroyed space a long look. He suspected possible arson? Interesting.

Broken glass crunched under my boots as I ducked beneath the caution tape and entered the wreckage. The scent of charred wood and burnt plastic filled my nostrils. The front room didn’t have damage to the point I couldn’t tell what the place once was. Tables and chairs were overturned, the large glass display case had a crack down the center. A chalkboard sign half erased by the water and dangling sideways from one chain listed food items and prices.

Under different circumstances, the bakery probably would be a welcoming place to grab a coffee and donut. I snapped pictures and kept focus in search of a flashpoint. If this was arson, the business owner was always the top suspect.

“A damn shame I tell ya. They’d just done some remodeling a few years back.”

I glanced over my shoulder at the chief and made a mental note. Maybe the owner was

over-extended. The odor of burntness grew stronger as I rounded the counter and headed to the back. The room which I suspected at one time was white and clean now sported walls burned down the studs around the backdoor.

Metal tables with legs buckled from the heat. The floor was a sticky mess of flour and maybe sugar as the bags which were once probably stacked on the overturned racks were busted and scattered everywhere. On the far side of the room was a walk-in cooler and the door seemed to be holding. The same couldn’t be said for the fridges that lined the wall closest to the back entry.

I strolled to that area for closer inspection. “Has the owner been having financial troubles?”

“Regina? Nah. Folks love her. Hell, my morning wasn’t the same without her deep roast coffee and a bear claw.”

“Business was good then?”

Before he could answer, female voices got our attention. There was a tugging on the warped back door then the suggestion was made to go around front. Who would be trying to break in, in the middle of the day, but it wasn’t uncommon for people to scavenge around fire sites. There was always something people to find to sell, or in cases like a business, some hoped they would find possibly find money.

We arrived at the front just in time to see two women ducking under the tape.

“Excuse me but you can&#39;t be in here,” I called out in an attempt to stop them from entering further.

“The hell I can’t.” Shot back the shorter of the two.

I opened my mouth to speak when the chief moved around me, arms open wide.

“Regina. How are you holding up?”

She was the owner? I didn’t know why but I was expecting someone older, more

grandmotherly with the way the chief had been talking about knowing the family and hinting at how long the place had been around. Instead, I was faced with the woman who had the curves for days. The jeans she wore did her all sorts of favors. Full hips and thick thighs just how I liked them. Her purple V-neck t-shirt did nothing to tone down an extremely large pair of breasts.

“I know they’re impressive, but you look old enough to have seen titties before, so eyes up fella.”

Both the chief and the woman she’d entered with laughed. I had no shame in appreciating an attractive woman. It was a favorite pastime of mine, but doing so on the job and with the owner who might have burned down her own property probably wasn’t the best time.

I smiled and stuck my hand out. Alec Hodge. Your chief called me in.”

She glanced at my extended appendage for about half a second before she took it. “Regina Parker. And that’s my friend Cynthia Lewis.” The other woman waved. “And called

you in for what exactly?”

“He’s a special fire investigator up from Savannah.” The chief spoke up.

She stepped back and planted her hands on her hips. Her purple tinted lips pushed into a pout while she eyed me up and down. “What are you investigating? Other than the girls that is?” She was blunt and pulled no punches. I could respect that.

But she was also more lively and less weepy for someone who’d just lost their business less than twelve hours ago. She was pulled together, complete with her face perfectly made and her red dreadlocks twisted in an up-do.

I spread my arms wide. “This Mrs. Parker. Your Chief doesn’t think the fire was accidental.”

She arched one perfectly groomed brow. “It’s Miss, but just call me Regina. You young, but not that young.” Again she gave me a once-over then turned her attention to the chief.

He put his hands up. “Just a precaution. I was gonna call Albert later and talk with y’all.”

“But you think it was intentional?” The friend asked.

Chief Morris rubbed the back of his neck. “I don’t rightly know, which is why I called in Alec over here. Besides your insurance company will probably want some sort of report for the claim. Better if it comes from someone extra official.”

She sighed, and for the first time since the interaction started, weariness showed on her face. Regina turned her whiskey-colored eyes in my direction. “So?”

“Was it an accident or not?”

“Not sure. We were just getting started when you and your partner in crime illegally crossed the tape.” I glanced over at Cynthia who smiled and shook her head.

“Boy please. It says caution not keep out. My building so I can be here.”

I swallowed back a retort to her second dig at my age. Her hair color certainly matched her spirited attitude. If I had to deal with her often while I was here, my time in Mayberry would be way more exciting than I thought. 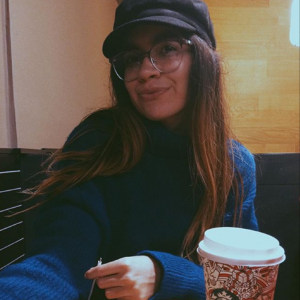 All Posts
PrevPreviousTips, Tricks, and Tech for Writing Solo and in a Group by Cate Holahan
NextDenny S. Bryce’s April BookshelfNext