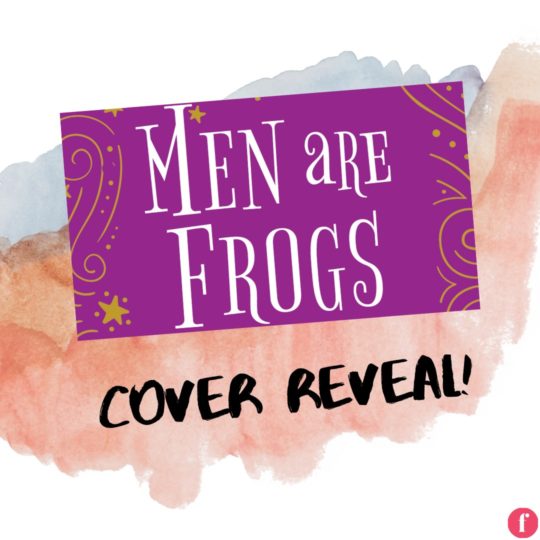 We are so excited to bring you this exclusive cover reveal for Men are Frogs by Saranna DeWylde, on sale July 27th 2021! 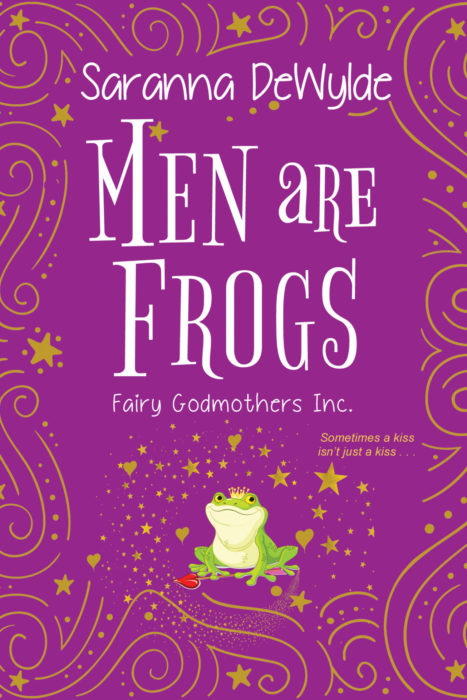 About Men are Frogs:

Ever After, Missouri, is the unlikely source of the world’s magic, but without love—magic’s secret ingredient—the well is running dry. Resident fairy godmothers Petunia, Jonquil, and Bluebonnet are on the job! Nudging couples toward romance might do the trick, unless their fairy dust is on the fritz . . .

Disgraced wedding planner Zuri Davis is so relieved to be offered a job with Fairy Godmothers, Inc., she’s willing to trade the high-rise excitement of Chicago for the small-town charm of Ever After. Falling for one of her grooms, even unintentionally, was enough destroy her career—and also to prove that all men are indeed frogs. But when she meets gorgeous B&B owner Philip Charming, who definitely lives up to his name, even she is tempted to test that theory . . .

AND SOMETIMES YOU’RE THE CURE

Three hundred years as a frog by day and himself by night, is enough to test any man’s patience–even if Philip knows he deserved Petunia’s curse. It certainly taught him not to mess around when it comes to making promises. And stubborn, proud Zuri is a woman he’d like to promise his heart and everything else to—if only he weren’t a sometimes-frog. Can he hope for True Love’s Kiss from a woman whose trust has been so thoroughly broken?

Saranna DeWylde is the acclaimed author of paranormal romance and horror, including the 10 Days Trilogy, The Woolven Secret series and the Fairy Godmothers, Inc series. She also writes contemporary romance and nonfiction under the names Sara Arden and Sara Lunsford. A former corrections officer, she realized she preferred writing Happily Ever Afters over disciplinary reports and traded in her cuffs for a full-time keyboard. She lives in Leavenworth, Kansas and can be found online at SarannaDeWylde.com.

Where Romance and Pop Culture Live Happily Ever After.
All Posts
PrevPreviousDaily Frolic: Celebrate Latinx Heritage Month with this Can’t-Miss Panel
NextExclusive: How to Fail at Flirting by Denise Williams ExcerptNext