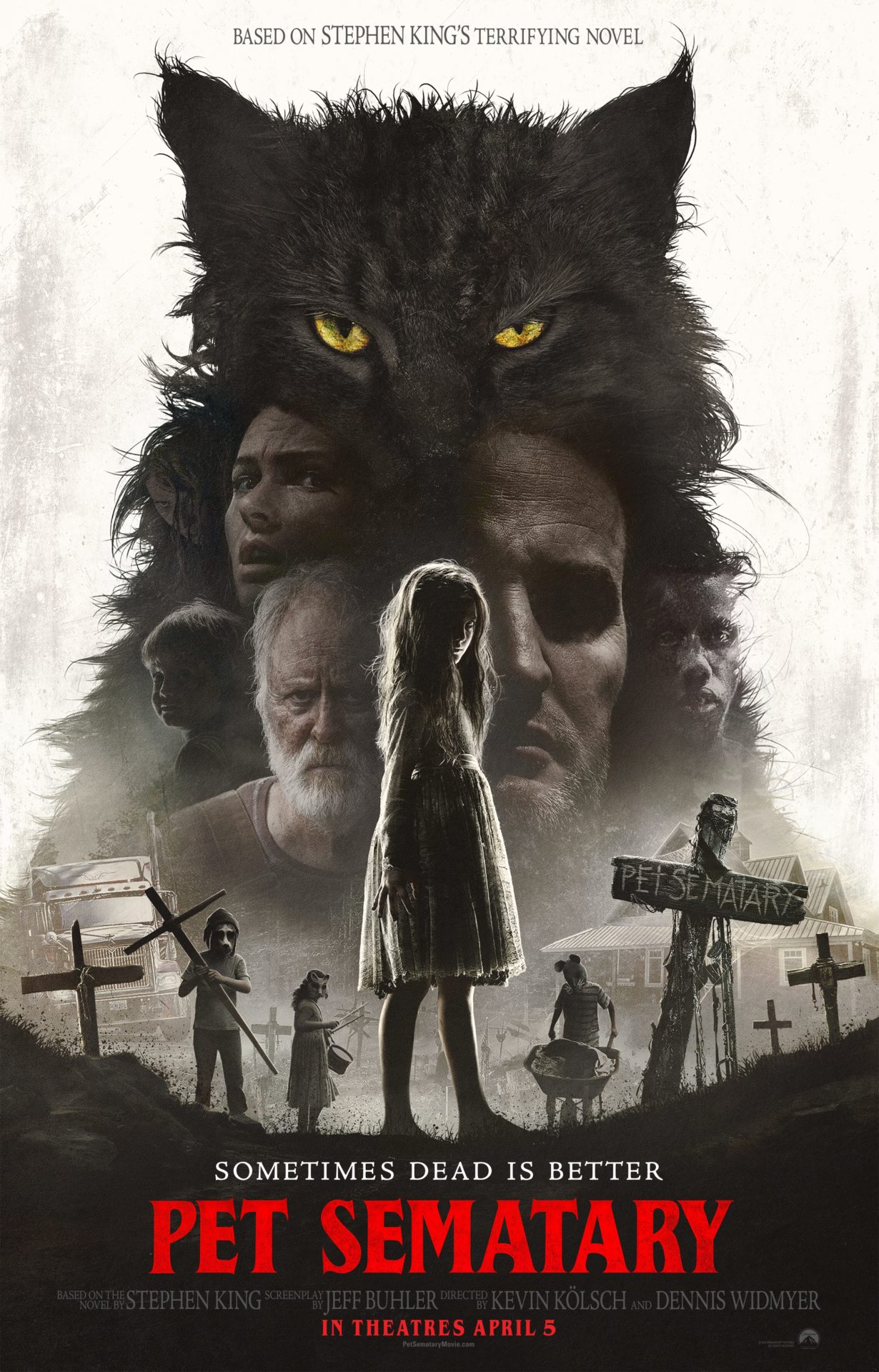 Stephen King’s Pet Semetary is the type of thrill ride that keeps you hanging on and hoping for so much more as it ends…and we are just talking about the novel.

The horror book just had its 2019 film debut and Frolic Media had a chance to chat with cast members Amy Seimetz and Jason Clarke about their experience relieving the classic novel on film, and all those cats.

Frolic: How was it working with the cats in the film, who played Church?

Amy: The cats are sneaky, they’re fun to watch. Are they fun to love? I don’t know if they ever love you back. Dogs just unconditionally love you.

Frolic: Are you guys fan of Stephen King and did you read the book before the film? How did you feel about the transition from the novel to the film?

Amy: Yes, we read the book. And enjoyed it!

Jason: I really liked it! When you get sent the script, it’s gotta be a film, it just can’t be just a book, but the heart of the script comes from the book. I think Kevin and Lorenzo in Paramount did a really great job of going after it even further in the shooting of the film to the point that the story truly exists on its own and it’s got great love for the book and…it’s one of King’s classics and I’m really proud of the job we did in the movie.

Amy: I loved it, Stephen King said it was one of the most disturbing books he’d ever written and…because, it’s so close to home…he was really sitting and writing it and imagining what it would be like to be in this world and like, what would happen if he lost his own kid, and I think that really disturbed him and it is really disturbing and I think that’s the part that’s really disturbing about the book, yes, people come back to life but it’s all about how true and acute the book is in talking about grieving and loss and the “what if” element of what if you could bring your child back to life is really great. But I also think that our adaptation…you have to change it because it is a horror movie and it wouldn’t be scary or give you that roller coaster feeling if some changes weren’t made. If you kept it the same, you would just know what was “punch” was coming next and what not. In the end, it was a great adaptation and so fun to film.

Frolic: What was your favorite part about being a part of this film?

Amy: For me it was being a part of the Stephen King cannon. Being a part of his universe. And, like, wanting to give myself a “high-five” that read him when I was younger. When I was eight, like, “we did it, kid!” (Laughs)

Jason: For me the film was a reminder of cinema at its best. In terms of not just the quality of the work, but the community of watching it. People are moved by the movie and it made me aware that there’s a whole big community that appreciates King’s work and story and being involved in this genre…horror. And the fans that love it just…makes it all a great moment of cinema.

Aurora Dominguez is a high school English teacher, college professor and journalist in South Florida. Her work has appeared in The Miami Herald, Where Magazine and J-14 Magazine, all places where she worked as a writer and editor before going from the newsroom to the classroom. Her favorite days are "Caturdays," which she spends with a good book, her husband, Sebastian, and her cat, Luna. Her motto when it comes to reading: "No book left behind!"
All Posts
PrevPreviousDaily Frolic: We’re kind of obsessed with Zachary Levi getting in shape for ‘Shazam’
NextContemporarily Ever After: Top Picks for the Week of April 7thNext