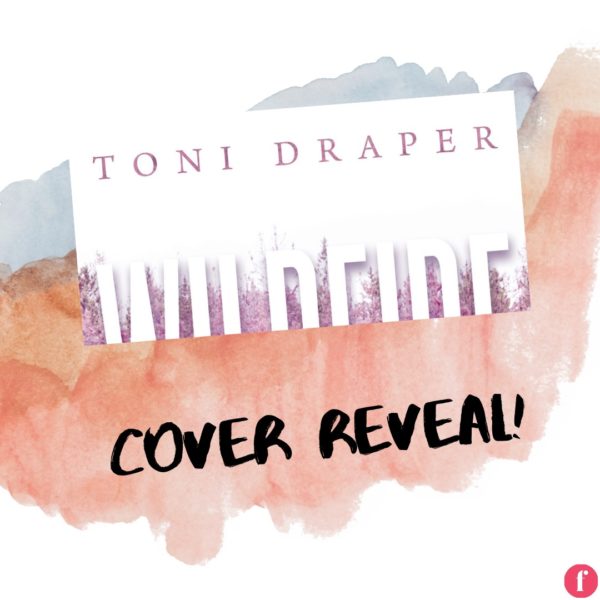 We are so excited to bring you this exclusive cover reveal and excerpt of Wildfire by Toni Draper! 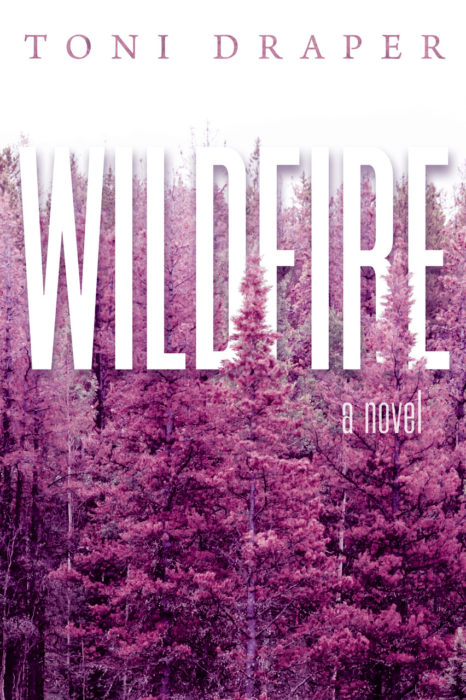 After a difficult breakup, wildland firefighter Jimena Mendoza and university professor Sydney Foster have parted ways, but neither has moved on. When a life threatening accident reunites them, can a love that once burned so bright be rekindled? A story that explores the often out-of-control forces of nature and love.

So far this season, which was really just beginning, they hadn’t seen much active fire. They’d mostly been digging line, trying to stay ahead of the game. The clink of shovels pushed into the forest floor, striking small rocks along the way, took on the sound of a natural symphony. Men and women sank, lifted, and turned over their blades filled with earth in an attempt to bury vegetation that would otherwise become fuel as the fire advanced. Their goal was to stop it with the three-foot-wide dirt track they were creating.

Mena rolled over and illuminated the dial on her watch. It was three a.m. Since she was already wide awake, she decided to start the day early. She grabbed her Maglite, quietly unzipped the flap of her tent, and walked out into the forest.

By the light of a nearly full moon, Mena steered her Jeep north, enjoying the sensation of crisp, cool air on her face. It felt so unlike home at this time of year.

Although most of the crew was concentrated far to the south, in the Red Rock State Park and Stoneman Lake area, instinct told her to veer north, maybe as far as Antelope Hill on the western side of her designated turf, and toward Humphrey’s Peak, the northernmost boundary of the Coconino National Forest. She wanted to clear her thoughts, and a leisurely, early morning drive usually helped. Because she hadn’t had much sleep, if any, she turned the radio on to help keep from nodding off.

As she headed up Highway 180 out of Flagstaff and turned onto Schultz Pass Road, the air, which only moments before had been so refreshingly pure and pristine, was suddenly polluted by the unmistakable smell of burning vegetation.

Mena slowed the Jeep to a crawl, then pulled over to the side of the road. She clicked on her light and checked the maps folded on the passenger seat. I can’t believe it, she thought. She was miles north of where the fires had started and the crews were working, in an area they’d checked out, cleared, and considered safe days ago. How could fire this far north have eluded detection? And for how long?

She continued onto Mt. Elden Lookout Tower Road, where the asphalt gave way to switchbacks and hairpin turns. Her Wrangler added dirt plumes to the already hazy sky. And then the structure finally came into sight—or at least she thought so.

Unfortunately, she had taken a wrong turn after mistaking the rise of a nearby radio communications tower for the lookout. With no time to spare, she parked her Jeep by the radio tower, grabbed her binoculars and flashlight off the seat, and scrambled through the waist-high undergrowth.

Toni Draper was born and lived most of her life in Maryland. These days, she calls home a two-acre sprawl that she shares with her spouse, three rescued dogs, and a stray that stayed in south Texas, within a 2.5 hour drive of the Rio Grande. Wildfire is her debut novel.

Where Romance and Pop Culture Live Happily Ever After.
All Posts
PrevPreviousRomance Books and Cuisines Perfect for a Valentine’s Day Night In
NextBook of the Week: Then There Was You by Mona ShroffNext