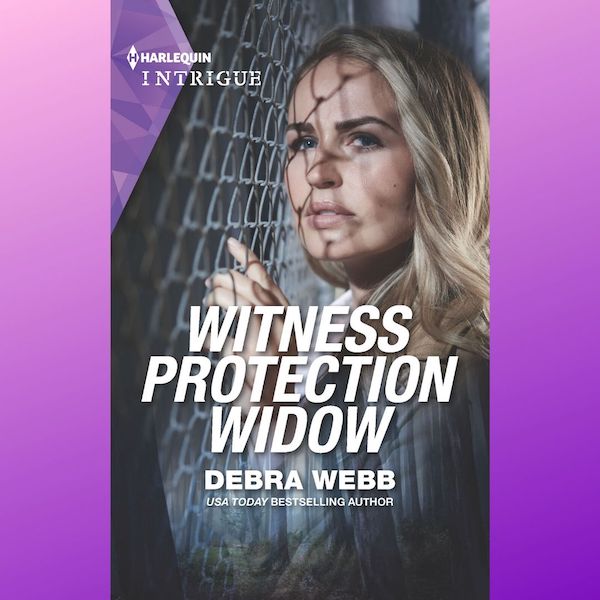 Debra Webb’s Witness Protection Widow is part of Harlequin’s Intrigue line. As a fan of procedurals like Criminal Minds always and forever (RIP final season), Intrigue’s parameters tick off so many of my reading boxes. A book in Harlequin’s Intrigue line will have high-stakes crime stories with intricate plots that will make the reader don her analytical skills hat to solve the mystery/crime. The tone is tense, edge of your seat, and the action can include anything from homicide investigations to kidnappings and stalkings. In Webb’s Witness Protection Widow, Allison’s dead husband was the son of a mob boss, the very mob boss that killed him. US Marshal Jaxson Stevens, the man, brought in to protect her until she can give her star witness testimony, was the love of her life back when they were younger, and things weren’t so dangerous and complicated. Needless to say, Jax has layers of reasons at the ready to keep Ali safe.

Allison James Armone (aka Alice Stewart)—The monster she married is finally dead, murdered by his own father. Allison is determined to see that the Armone family’s criminal reign goes down.

US Marshal Jaxson Stevens—Ali James was the love of his life, but they were young and he made a foolish mistake. Now he has the chance to make it right…if he survives keeping her alive.

US Marshal Branch Holloway—He has kept Ali safe for six months, but a car accident puts him out of commission. Was the accident planned by the man who wants Ali dead before she can testify?

Harrison Armone Senior—His family has reigned over organized crime in the Southeast for three generations. His former daughter-in-law is not going to stop him. To him, she is dead already.

Sheriff Colt Tanner—Tanner takes over for Branch until Marshal Stevens arrives. Colt is another of Winchester’s local heroes.

Rowan DuPont—Rowan is happy to offer Ali and Jaxson shelter in her home as long as they don’t mind sleeping in a funeral home.

The man she had fallen head over heels in love with when she was barely twenty-one stared at her as if she’d confessed to the world’s most heinous crime. How could he be the one they sent to protect her?

It shouldn’t be him.

She didn’t want it to be him.

“I’m a highly trained US marshal with a decade of experience under my belt. You don’t need to worry about me, Ali.”

Ali. Her throat tightened as she attempted to swal­low. His voice, the one that had haunted her dreams for a decade. Even when she’d told herself she loved her husband—before she learned his true identity—this man had stolen into her dreams far too often. No matter that the monster she had married had show­ered her with gifts, no matter that she had bought into the whole fairy-tale life…all of it, every single moment, had been an attempt to erase this man from her heart.

Now, here he was, prepared to put his life on the line to protect hers. Or maybe he wanted to see the person she had become. The widow of one of the most sought-after criminals in the country.

Her entire existence these past five years had been a lie.

She had no one to blame but herself. She had al­lowed herself to buy completely into the fantasy.

Now she would be lucky if she survived.

His gaze narrowed—those brown eyes that made her shiver with just a look. “Why what?”

“Why you? There’s what, a couple thousand mar­shals? Why you?” she repeated.

“Holloway and I worked together in Nashville for a while before he relocated to Winchester. When he had his accident, he reached out to me. There wasn’t time to go through the usual red tape. He needed someone with you ASAP. So here I am.”

She shook her head. “This doesn’t work for me.”

She surely had some choice in the matter. After all, she was the witness—the star witness, accord­ing to the prosecutor. Without her, their case would fall apart at the hands of the dozen or so powerful attorneys Armone kept on retainer.

Jax shrugged. “I can pass along your objection to the powers that be. It’s possible someone else could take over for me, but that would take time, and time is short. The trial is in four days. We don’t want to do anything that might draw attention to where you are.”

No. This would not work. She couldn’t be this close to him. Night and day in such a cramped space. Impossible. More important, she did not want him to get hurt. “Call them. See what they can do.”

He took a step toward her. Then another. She told herself to breathe, but her lungs refused the order.

“Is there some reason you don’t trust me? Maybe you believe I’m not capable of handling the job?”

“I have no idea what your credentials are,” she improvised. “I’m just not comfortable like this…with you.”

He nodded once. “I see. You don’t like being alone with me?” Another step disappeared between them.

Her heart refused to stop its pounding. She stared at him and told the truth. The truth was all she had left. “In light of the circumstances, I would like to be reasonable, but I’m having some difficulty. Yes.”

For a moment he hesitated, then he said, “I’ll stay out of your personal space. You have my word.”

He backed away, turned and crossed to the other side of the room, and sat down on the sofa.

When she could breathe again, she dragged in a lungful of much-needed air. “I usually take a walk at this time every afternoon.”

It wasn’t necessary for him to know she’d al­ready taken a walk this morning. Sometimes she took a couple of walks in a day in addition to a nice long run. Right now, she needed out of this too-tight space. She needed to breathe. To think.

Well, that didn’t work out the way she’d planned. “I usually go alone. With Bob, of course.” 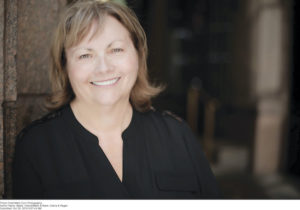 Debra Webb is the award winning, USA Today bestselling author of more than 150 novels, including reader favorites the Faces of Evil, the Colby Agency, and the Shades of Death series. With more than four million books sold in numerous languages and countries, Debra’s love of storytelling goes back to her childhood on a farm in Alabama. Visit Debra at www.DebraWebb.com

Donna Soluri started in the book world as Scandalicious; now, this almost empty nester is going her own way. A lover of cupcakes, champagne, old-school rap, and Harry Styles she likes to read books with characters closer to her age still romancing and kissing and causing trouble.
All Posts
PrevPreviousBTS Clip of Actor Scott Eastwood as He Chats About Narrating Lauren Blakely’s New Audible Original
NextFrolic-Exclusive Excerpt: The Story of Us by Teri WilsonNext