Frolic-Exclusive Excerpt: When a Rogue Meets his Match by Elizabeth Hoyt 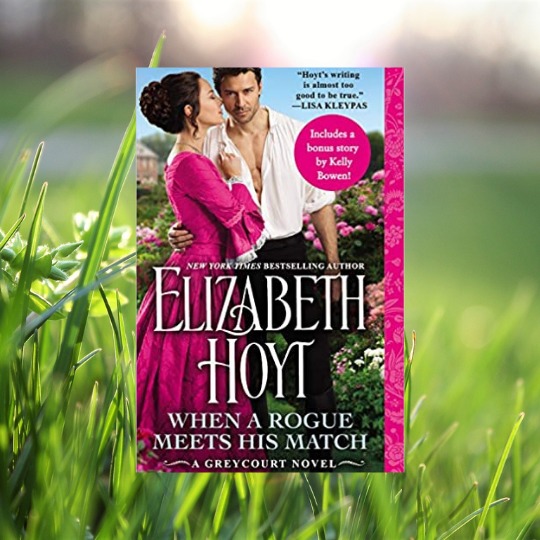 We are so excited to bring to you an exclusive excerpt of Elizabeth Hoyt’s much-awaited When a Rogue Meets His Match, out on December 1, 2020. 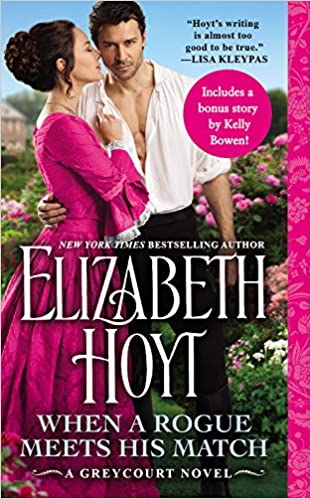 About When a Rogue Meets His Match:

Ambitious, sly and lethally intelligent, Gideon Hawthorne has spent his life clawing his way up from the gutter. For the last ten years, he’s acted as the Duke of Windemere’s fixer, performing the duke’s dirty work without question. Now Gideon’s ready to quit the duke’s service and work solely for himself. But Windermere tempts Gideon with an irresistible offer: one last task for Messalina Greycourt’s hand in marriage.

Witty, vivacious Messalina Greycourt has her pick of suitors, so when her uncle demands Messalina marry Mr. Hawthorne, she is appalled. But Gideon offers her a devil’s bargain of his own: protection and freedom in exchange for a true marriage. Messalina feigns agreement and plots to escape their deal. Only the more time she spends with Gideon, the more her fierce, loyal husband arouses her affections. However, Gideon’s final deed for Windermere may be more than Messalina can forgive.

Messalina frowned as she paused at a door she didn’t remember seeing before. “Good Lord, this house is a maze. What room is this?”

She reached for the doorknob but was stopped by a male voice.

The word was growled from behind her, and Messalina turned to meet Hawthorne’s demonic gaze.

Her pulse leaped nervously at the sight of him. How had he sneaked up behind them in the passageway?

“That room is mine,” her husband said. “You do not have my permission to enter it.”

She stiffened, hurt at his brusque tone. “If that is what you wish.”

“It is.” His glance at Reggie was unfriendly, and the big man shuffled his feet as if he’d been caught out in some wrong. “I’m surprised that Reggie brought you here — he’s supposed to be guarding you, not serving as tour guide.”

Her maid bobbed a curtsy before leaving.

Messalina waited, lips pursed, until both servants were out of earshot before saying, “Do you plan to keep me locked up forever?”

His wicked eyebrows winged up as he took her arm. “Locked up? What are you talking about?”

“You set Reggie to guard me,” Messalina replied sweetly.

Messalina let him take her to the main staircase. “What sort of harm?”

“Your uncle, for one,” he growled as they mounted the stairs.

She glanced at him swiftly. His upper lip was curled in a sneer.

“My uncle has already married me off,” she said slowly. “What else could he do to me?”

“I have no idea,” Hawthorne said grimly. “That’s what worries me. You’re my wife now. I’ll not let him set one finger on you.”

She eyed him with surprise. “You don’t like him.”

“I’ve worked for him for over a decade.” He slanted an ironic look at her. “Did you think I had any fondness for him?”

He halted on the upper hall, watching her almost with pity. “It’s not easy to leave the employ of the rich and powerful.”

She lifted her chin. “You don’t consider yourself powerful?”

His grin was quick and dangerous as he stepped closer to her. “Oh, I can make a man piss himself with fright, have no doubt, but is that really the same as your uncle manipulating Parliament?”

She pursed her lips. “No. You’re quite right.”

His eyebrows winged up as if he were surprised she’d agreed. His black eyes were suddenly intent as he watched her.

“Never forget,” he said softly. “No matter the duke’s power, I will keep you safe. You are…important to me.”

Her lips parted as her heart gave a silly jolt.

Then she came to her senses. “My money is important to you, you mean.”

“No, I meant what I said. You…” He touched the bottom of her chin with his fingertips, a line between his wicked eyes almost as if he were puzzled. “I can’t look away from you. Your bravery, your pride, the desire that sometimes whirls in your eyes.” His nostrils flared as if he were inhaling her. “The way you laugh — from your belly, unrestrained. With all your heart. No matter how I try, my gaze returns to you. Always you.”

She couldn’t breathe. His words sounded as if they’d been drawn from the very depths of his being. All thought fled. He was dangerous. Dangerous and evil.

Yet she still felt his pull.

“You must be lying,” she whispered desperately. 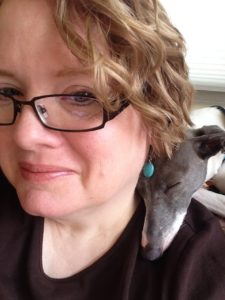 Elizabeth Hoyt is the New York Times bestselling author of more than twenty-three lush historical romances, including the Maiden Lane series. Publishers Weekly has called her writing “mesmerizing,” and in 2018 she received the RT Book Reviews Career Achievement Award for Historical Romance. She also pens deliciously fun contemporary romances under the name Julia Harper. Elizabeth lives in Minneapolis, Minnesota, with three untrained dogs, a garden in constant need of weeding and the long-suffering Mr. Hoyt.

Keira Soleore writes for the International Examiner and Cogitations & Meditations. She enjoys connecting with readers on Twitter (@keirasoleore) and through her website (www.keirasoleore.com). Her interests include medieval manuscripts, philosophy, poetry, picture books, choir, sunshine and beaches. Keira is a pseudonym.
All Posts
PrevPreviousExclusive: The Dating Dare and Off Limits Attraction by Jayci Lee Cover Reveals!
Next4 Great Podcasters Share Their Favorite Coffee OrdersNext