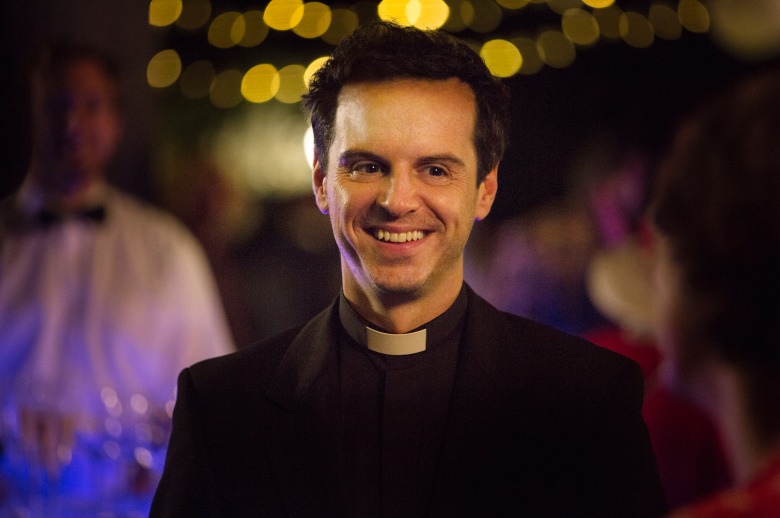 If you’ve yet to watch Season 2 of the hit show Fleabag on Amazon, it’s probably best that you click out of this article to avoid the risk of SPOILERS, because by god, there WILL be spoilers.

Here’s a quick recap: we last left the Fleabag at the end of Season one pretty much recovering from Rock Bottom. We found out she’s a lying cheater who slept with her best friend’s boyfriend, which ultimately lead to the friend’s accidental suicide.

In Season Two, Fleabag is trying to turn her life around, starting with befriending the Hot Priest who’s going to marry her father and her godmother. Their heat on their friendship gets turned up, however, and our Hot Priest is left to decide between two great loves – Fleabag, or The Almighty?

Before we get to that intense moment, however, we want to gush about what probably attracted our fleabag friend to a Man of the Church.

How far did we make it into that first episode before we learned that the young man at the dinner table was a priest? PRETTY FAR. And he threw us through a loop by smoking with Fleabag and insulting her as well. It’s fine though, he’s perfect for anyone with a flare for alpha males.

But he also SEES The Fleabag

We never questioned who the Fleabag might be talking to or if anyone noticed when she turns to the camera… until HE noticed her doing it. That’s some top-notch listening right there.

Practically perfect in every way – in a church, up against a wall, any time, any place.

We told you not to read this far if you haven’t seen Season 2. But if you know, then you know.

A must-have trait in a man for any Fleabag.

We will literally never forget when The Priest came over at the same time as a man who had previously given the Fleabag nine orgasms and she sent him on his merry way.

Where Romance and Pop Culture Live Happily Ever After.
All Posts
PrevPreviousKevin Wignall: “I immediately thought it was a great idea for a story.”
NextLove YA: Top 3 Y.A. Reads for the Week of July 2nd!Next