How the Past Informs Contemporary Fiction by Joy McCullough 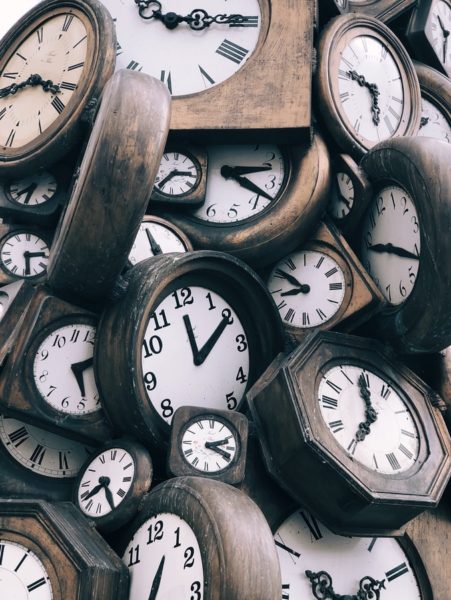 [Note from Frolic: Today, we welcome author Joy McCullough to the site. She’s sharing how historical elements can inform contemporary fiction. Take it away, Joy!]

In the fall of 2001, I sat on the floor of the Carlsbad Public Library, reading the transcript from a seventeenth century rape trial. Or rather, a trial for property damage, as rape didn’t exist as a concept then, but a man losing the valuable property of a marriageable daughter did.

I was researching the painter Artemisia Gentileschi for what would become a play and later my debut novel, Blood Water Paint. And here before me were the actual words spoken four hundred years earlier by such familiar characters—the willfully oblivious father; the neighbor who looked the other way; the charming, entitled rapist; the witnesses who sided with him and cast aspersions on the teenage girl’s purity.

It was four hundred years ago and it was now. Or then, rather, as it’s been twenty years since that moment. But it’s still now too.

If a few cultural nuances of language were translated, this transcript (available to read in Artemisia Gentileschi by Mary D. Garrard) would be entirely plausible as a record of a modern day trial for sexual violence. Or, say, a Supreme Court nomination hearing.

Blood Water Paint was a historical novel, set entirely in Artemisia’s time. But my every intention with that book was for it to feel firmly of the present moment. I didn’t have to make much effort on that count.

When I began writing my newest novel, We Are the Ashes, We Are the Fire, I wasn’t done grappling with rape culture. It is, after all, not done grappling with us. The Kavanaugh hearings were happening and a string of egregious sentences for sexual assaults by entitled young men like Brock Turner and Jacob Anderson had been in the news. This time I was going to write the modern counterpart to Artemisia’s story.

And yet history crept back in, in the form of the 16th century rapist-hunting lady knight, Marguerite de Bressieux. Had she truly existed, or was she a legend? Was revenge the only recourse in a world that offered no hope of justice? The questions intrigued me, so I gave them to a contemporary teenage character to grapple with and wrote a book that explores sexual violence across centuries.

Writing about sexual violence is an exercise in making people care about something our culture has whole-heartedly decided is acceptable. Brett Kavanaugh’s accuser Christine Blasey Ford was completely credible; my sense of the hearing coverage was that the vast majority of people believed her story. They simply didn’t care that it was true.

Even those of us who have experienced sexual violence commonly struggle with believing the trauma we experienced was truly “bad enough.” If it wasn’t a violent attack at gun point, was the violation of our consent sexual violence? (It was.) We’re so indoctrinated by our culture’s blasé attitude toward women’s bodily autonomy that we resist labeling our own experiences honestly.

So how to make the reader care?

For me, there’s something very powerful in drawing connections between these olden days we believe we’ve moved so far past and our current moment. Because how can a reader be complacent when faced with a comparison that shows we’re still, in some ways, living in the dark ages?

At the same time, there’s something deeply upsetting about confronting how little has changed. How can it be, with all the advances we’ve made in four hundred years, that the biggest progress is that our laws at least consider sexual violence to be criminal? But these laws are rarely enforced; in fact the entire system is stacked against consequences or restitution or change.

How to go on in the face of that? How to keep fighting?

What is the point in writing these stories and drawing these connections?

I don’t honestly know sometimes, except that writing is how I make sense of the world. And this is a world where a victim of sexual violence was once considered literal damaged property, and a few centuries later, extremely credible allegations of sexual violence were not considered disqualifying factors for a lifetime appointment to the Supreme Court of the United States.

But in my less despairing moments, I admit there has been change, glacial though it may be. Ruth Bader Ginsburg, Sonia Sotomayor, and Elena Kagan sat on that Supreme Court and looked Kavanaugh in the eye as he joined their ranks, his superiors in every way.

Artemisia Gentileschi painted women slaughtering men who abused power. Marguerite de Bressieux hunted them down herself. But they couldn’t have forseen women in positions of power like the Supreme Court, or the Vice Presidency.

Neither could they have dreamed of a world where we openly discuss these things. Where a survivor of sexual violence is neither damaged nor property. Where mental health resources exist and books give readers the language to articulate and stand up against sexual violence.

The changes are far too slow, but they’re real. Sometimes I’d rather charge forward with a sword. Instead, I have words and the screen before me. They’re slower, and their progress more plodding.

But they are the tools I have, and I’ll continue to use them.

And perhaps another writer, using the tools of her day, will look back on my books as quaint relics, because so much will have changed and she has new battles to fight.

Joy McCullough writes books and plays from her home in the Seattle area, where she lives with her family. She studied theater at Northwestern University, fell in love with her husband atop a Guatemalan volcano, and now spends her days surrounded by books and kids and chocolate. Her debut novel, Blood Water Paint, was longlisted for National Book Award and was a finalist for the William C. Morris Debut Award. 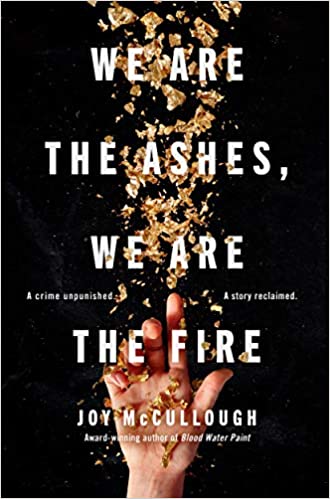 We are the Ashes, We are the Fire by Joy McCullough, out now!

Em Morales’s older sister was raped by another student after a frat party. A jury eventually found the rapist guilty on all counts–a remarkable verdict that Em felt more than a little responsible for, since she was her sister’s strongest advocate on social media during the trial. Her passion and outspokenness helped dissuade the DA from settling for a plea deal. Em’s family would have real justice.

But the victory is short-lived. In a matter of minutes, justice vanishes as the judge turns the Morales family’s world upside down again by sentencing the rapist to no prison time. While her family is stunned, Em is literally sick with rage and guilt. To make matters worse, a news clip of her saying that the sentence makes her want to learn “how to use a sword” goes viral.

From this low point, Em must find a new reason to go on and help her family heal, and she finds it in the unlikely form of the story of a fifteenth-century French noblewoman, Marguerite de Bressieux, who is legendary as an avenging knight for rape victims.

Where Romance and Pop Culture Live Happily Ever After.
All Posts
PrevPreviousA Bookish Valentine’s Day Menu by Loan Le
NextBook of the Week: Make Up Break Up by Lily MenonNext