My 5 Favorite Books Set in London by Karen White 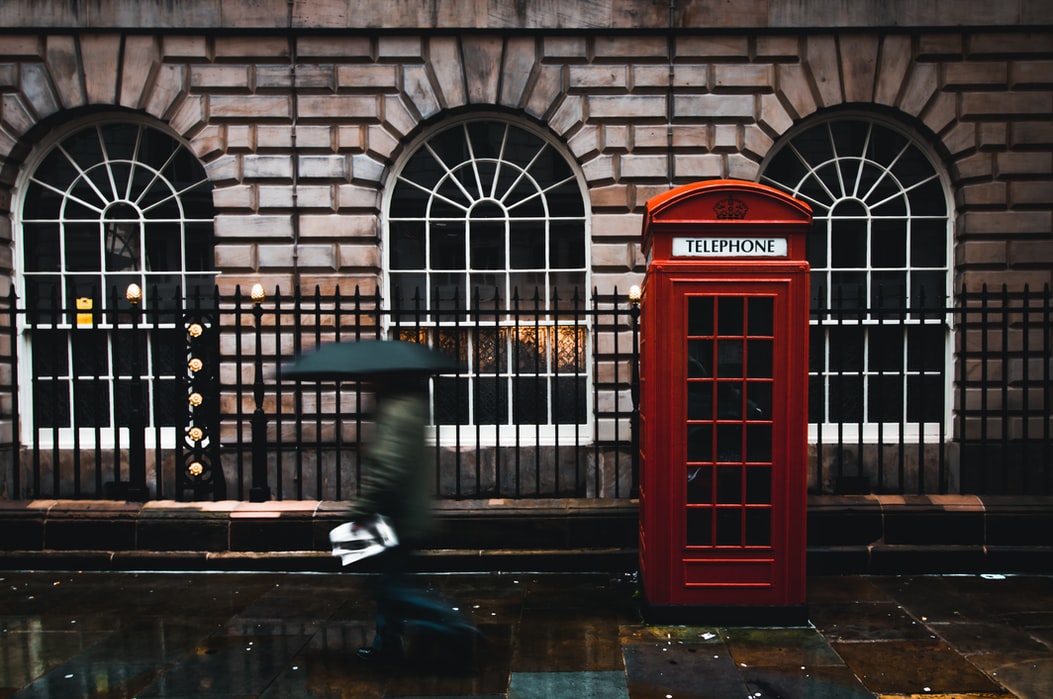 [Note from Frolic: We’re so excited to have author Karen White guest posting on the site today. She’s sharing her favorite books set in London. Take it away, Karen!]

Long before I moved to London, I felt as if I knew the essence of the city because of all the books I’d read and films I’d seen that were set there.  From my perspective of an American girl of twelve flying across the Atlantic to what would become my family’s home for the next seven years, London was a city of drab gray and shadows, of constant drizzle, and heavy, congealing fog.  Anyone who’d ever seen a Jack the Ripper movie or read Sherlock Holmes accepted this with the same absolute understanding that the Queen spoke with a British accent.  It just was.

Imagine my surprise when we landed at Heathrow Airport to a bright and hot August day in the middle of the worst draught in England’s history.  There was no rain, or fog (thanks to the 1956 Clean Air Act that banned the burning of coal which had been the cause of the regular cloying fogs), nor was there any air-conditioning or ice in drinks.

Before I could consider that we’d gotten on the wrong airplane, the chatter of British accents around us and the view of Hyde Park and Kensington Palace that we passed in the taxi on the way to our temporary accommodations convinced me otherwise.

I was in London, and I would spend the next seven years exploring this legendary city, discovering how tactile its history is, and how its stubborn existence and survival for almost two thousand years makes it perfect fodder for poets, songwriters, and novelists alike. 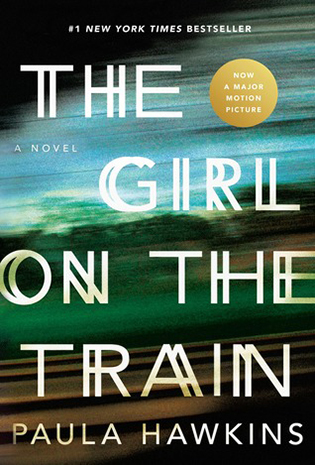 1. The Girl on the Train by Paula Hawkins

For those of you who only saw the movie and didn’t read the book, you’ll be surprised to find it on this list.  The book is set in London, not New York, which I believe lends itself better to the otherworldliness and not-quite-real backdrop of the story that may or may not have anything to do with the protagonist’s alcohol addiction.  As someone who used to ride British Rail quite a bit, the descriptions of the scenery outside the windows—including London’s encroaching suburbs—and the rumbling of the train’s wheels brought me back immediately, the constant rhythm in my head matching my growing terror as the author led me to the twisty and spectacular ending. 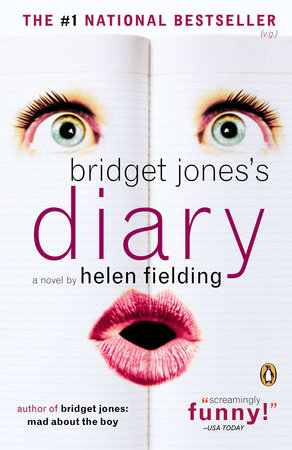 This is the book that launched a genre—the much-maligned Chick-Lit.  The thirty-something “singleton” Bridget suffers from the same universal angst as her single counterparts across the globe—romance, career issues, and meddling parents–yet being British adds to the wit and charm of the novel.  I call this one Sex in the City with a British Accent and a diary instead of a column. 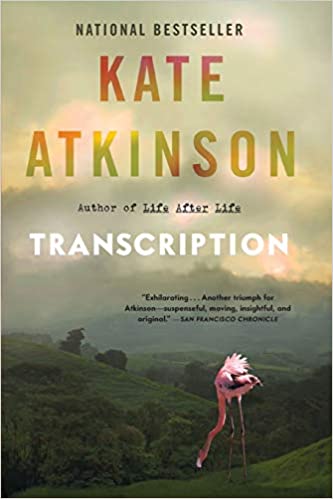 Turning a sharp corner now from Bridget Jones, in this London-set novel readers are immersed into the life of a young working woman in London, but years earlier in 1940 during WW2, and ten years later.  As in The Girl on the Train, we are faced with an unreliable narrator so we’re never sure where she stands.  Add in MI5, wartime espionage, and the Cold War in an atmospheric London that lends itself well to cloak-and-dagger stories (thanks, in part, to Sir Arthur Conan Doyle and Jack the Ripper), this book will leave you guessing until the end. 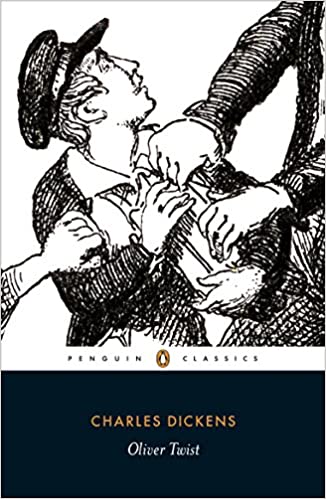 No list of London-set novels would be complete without at least one mention of Charles Dickens. Not only because he brought nineteenth century London to life, but also because the house where he wrote many of his novels had once stood directly across from my flat, and the building that replaced his house now has a plaque commemorating Dickens and many of the characters he created while living there.  Although the novel was originally published in 1838, it is still required reading in many schools.  It is a nearly unbearable peek into the lives of London’s lower classes, and the workhouses where orphaned children like Oliver (among others without any other place to go or means to support themselves) lived and were required to work for their keep. Can anyone ever forget the line, “Please, sir.  Can I have some more?” uttered by a starving Oliver at meal time. But in true Dickensian form, there is a relatively happy ending. 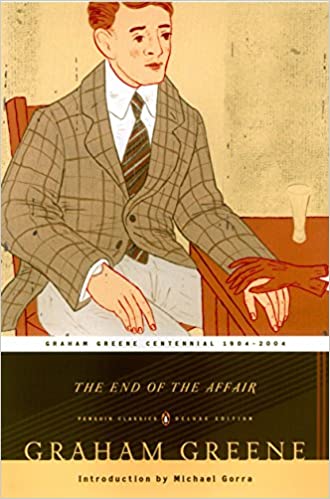 5. The End of the Affair by Graham Greene

I suppose I should probably end my list on a lighter note (like Peter Pan or Mary Poppins), but The End of the Affair needs to be included.  When I was in high school at the American School in London, we were required to take a British Literature course, and that it how I became acquainted with not just author Graham Greene, but his masterpiece, The End of the Affair.  Set during the war during the Blitz, in a gorgeous London townhome on a square, this is the story of a love triangle, of jealousy, of danger, and of faith.  Gorgeously written, and profoundly sad, this is the book you read before Bridget Jones’s Diary.

It has taken me twenty years and twenty-nine books to finally write my own London-set book.  Set in the same flat on Regent’s Park where I lived for seven years, Harley House, The Last Night in London will be published this April 20th.

I grew up being a voracious reader and it was a natural step to turn my interest to writing. I have published 28 award-winning and bestselling novels including my latest release, THE CHRISTMAS SPIRITS ON TRADD STREET, published by Penguin Random House in October, 2019. This is the 6th book in the Tradd Street series, to be followed by the final book, THE ATTIC ON QUEEN STREET, scheduled for publication on November 2, 2021. My next book, THE LAST NIGHT IN LONDON, will be published on April 20, 2021. 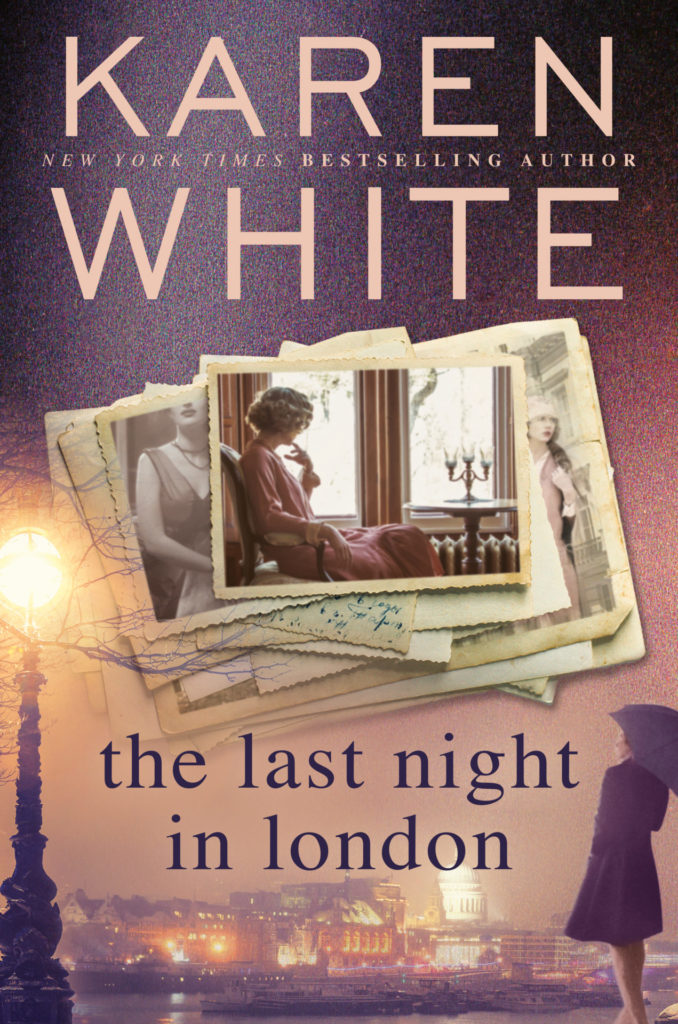 The Last Night in London by Karen White, out now!

New York Times bestselling author Karen White weaves a captivating story of friendship, love, and betrayal that moves between war-torn London during the Blitz and the present day.

London, 1939. Beautiful and ambitious Eva Harlow and her American best friend, Precious Dubose, are trying to make their way as fashion models. When Eva falls in love with Graham St. John, an aristocrat and Royal Air Force pilot, she can’t believe her luck—she’s getting everything she ever wanted. Then the Blitz devastates her world, and Eva finds herself slipping into a web of intrigue, spies, and secrets. As Eva struggles to protect her friendship with Precious and everything she holds dear, all it takes is one unwary moment to change their lives forever…

London, 2019. American journalist Maddie Warner, whose life has been marked by the tragic loss of her mother, travels to London to interview Precious about her life in pre-WWII London. Maddie has been careful to close herself off to others, but in Precious she recognizes someone whose grief rivals her own—but unlike Maddie, Precious hasn’t allowed it to crush her.  Maddie finds herself drawn to both Precious and to Colin, her enigmatic surrogate nephew.  As Maddie gets closer to her, she begins to unravel Precious’s haunting past—a story of friendship, betrayal, and the unremembered acts of kindness and of love.

Where Romance and Pop Culture Live Happily Ever After.
All Posts
PrevPreviousTrope Rec Tuesday: Idiots to Lovers
NextM/M Enemies to Lovers Alert: The Hate Project by Kris Ripper ExcerptNext