Our Favorite Things in Entertainment This Week 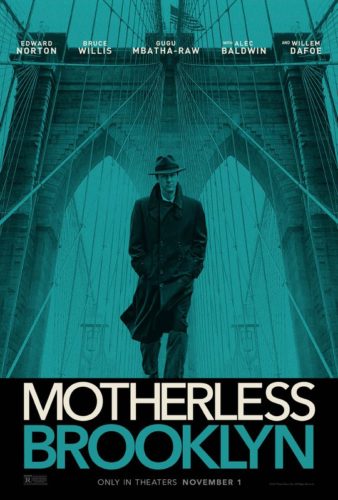 Set against the backdrop of 1950s New York, “Motherless Brooklyn” follows Lionel Essrog, a lonely private detective living with Tourette Syndrome, as he ventures to solve the murder of his mentor and only friend, Frank Minna. Armed only with a few clues and the engine of his obsessive mind, Lionel unravels closely-guarded secrets that hold the fate of the whole city in the balance. In a mystery that carries him from gin-soaked jazz clubs in Harlem to the hard-edged slums of Brooklyn and, finally, into the gilded halls of New York’s power brokers, Lionel contends with thugs, corruption and the most dangerous man in the city to honor his friend and save the woman who might be his own salvation. 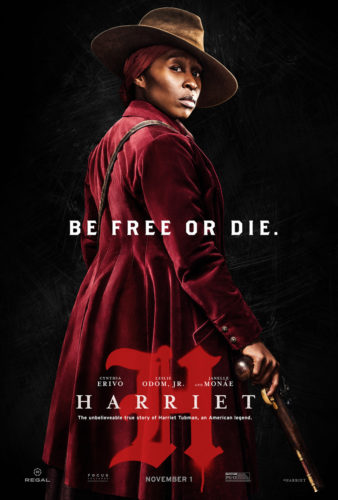 Based on the thrilling and inspirational life of an iconic American freedom fighter, Harriet tells the extraordinary tale of Harriet Tubman’s escape from slavery and transformation into one of America’s greatest heroes. Her courage, ingenuity, and tenacity freed hundreds of slaves and changed the course of history. 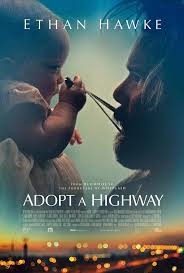 Russ Millings has just been released from prison after serving 21 years for a 3rd strike conviction for possessing an ounce of marijuana. As he tries to adapt to a world he doesn’t recognize — including trying to learn how to use the internet — he finds an abandoned baby in a dumpster behind the fast food restaurant where he works as a dishwasher. Unsure of what to do, and caught between impulses of kindness and panic, Russ soon realizes this could be his chance at redemption. 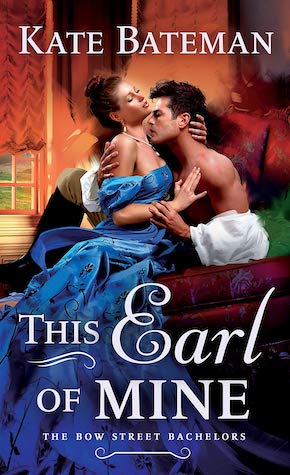 This Earl of Mine by Kate Bateman-published October 29-St. Martin’s

Introducing the Bow Street Bachelors—men who work undercover for London’s first official police force—and the women they serve to protect. . .and wed?

WILL A FALSE MARRIAGE
Shipping heiress Georgiana Caversteed is done with men who covet her purse more than her person. Even worse than the ton’s lecherous fortune hunters, however, is the cruel cousin determined to force Georgie into marriage. If only she could find a way to be . . . widowed? Georgie hatches a madcap scheme to wed a condemned criminal before he’s set to be executed. All she has to do is find an eligible bachelor in prison to marry her, and she’ll be free. What could possibly go wrong?

LEAD TO TRUE AND LASTING LOVE?

Benedict William Henry Wylde, scapegrace second son of the late Earl of Morcott and well-known rake, is in Newgate prison undercover, working for Bow Street. Georgie doesn’t realize who he is when she marries him—and she most certainly never expects to bump into her very-much-alive, and very handsome, husband of convenience at a society gathering weeks later. Soon Wylde finds himself courting his own wife, hoping to win her heart since he already has her hand. But how can this seductive rogue convince brazen, beautiful Georgie that he wants to be together…until actual death do they part? 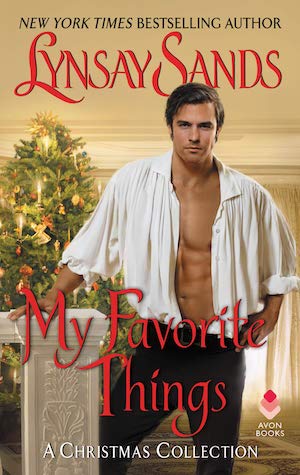 Three classic tales of Christmas and love, together for the first time, from New York Times Bestselling Author Lynsay Sands!

With Lady Prudence’s father gambling away the family’s savings, all she wants for Christmas is to haul him away from London’s most notorious gaming hell. Yet the wickedly handsome proprietor, Lord Stockton, refuses to let a lady enter his establishment. Now Pru needs a Christmas miracle to make her wish come true—and to resist succumbing to Stockton’s charms.

Brinna’s life as a scullery maid changes with the arrival of the castle’s newest guest, Lady Joan. Desperate to escape an arranged marriage, Joan suggests that look-alike Brinna take her place at the Christmas festivities. Suddenly, Brinna finds herself being wooed by a true gentleman, and getting the best Christmas present of all: a new life.

Odel is told by her godmother that she must marry by Christmas, and even gives her fairy dust to separate the mice from the men. But Odel has sworn off love…until kind and generous Michel catches her eye. He shows Odel how good it can feel to fall in love, but will it be enough to convince Odel to trust her heart? 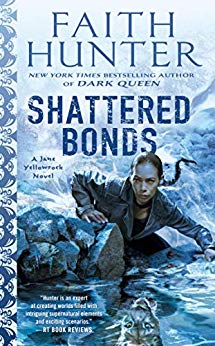 Jane Yellowrock must dig deep and find strength within herself if she is to survive in the latest novel in this New York Times bestselling series.

Jane Yellowrock is vampire-killer-for-hire, but her last battle with an ancient arcane enemy has brought her low. She seeks retreat in the Appalachian Mountains to grieve the loss of her friends, and to heal—or to die—from the disease brought on by her magic.

But malevolent elements in the paranormal community still seek to destroy Jane, and a terrifying foe stalks her, even into the safety of the hills. With nowhere to run and her body failing, the rogue-vampire hunter and her inner Beast must discover a way to defeat this new threat, and find a form that gives her a chance to fight another day.

Where Romance and Pop Culture Live Happily Ever After.
All Posts
PrevPreviousLGBT Romance Community Comes Together at GayRomLit By Jeff Adams & Will Knauss
NextFrolic’s Light Fright: Romance Authors Share Their Favorite Halloween Costumes!Next