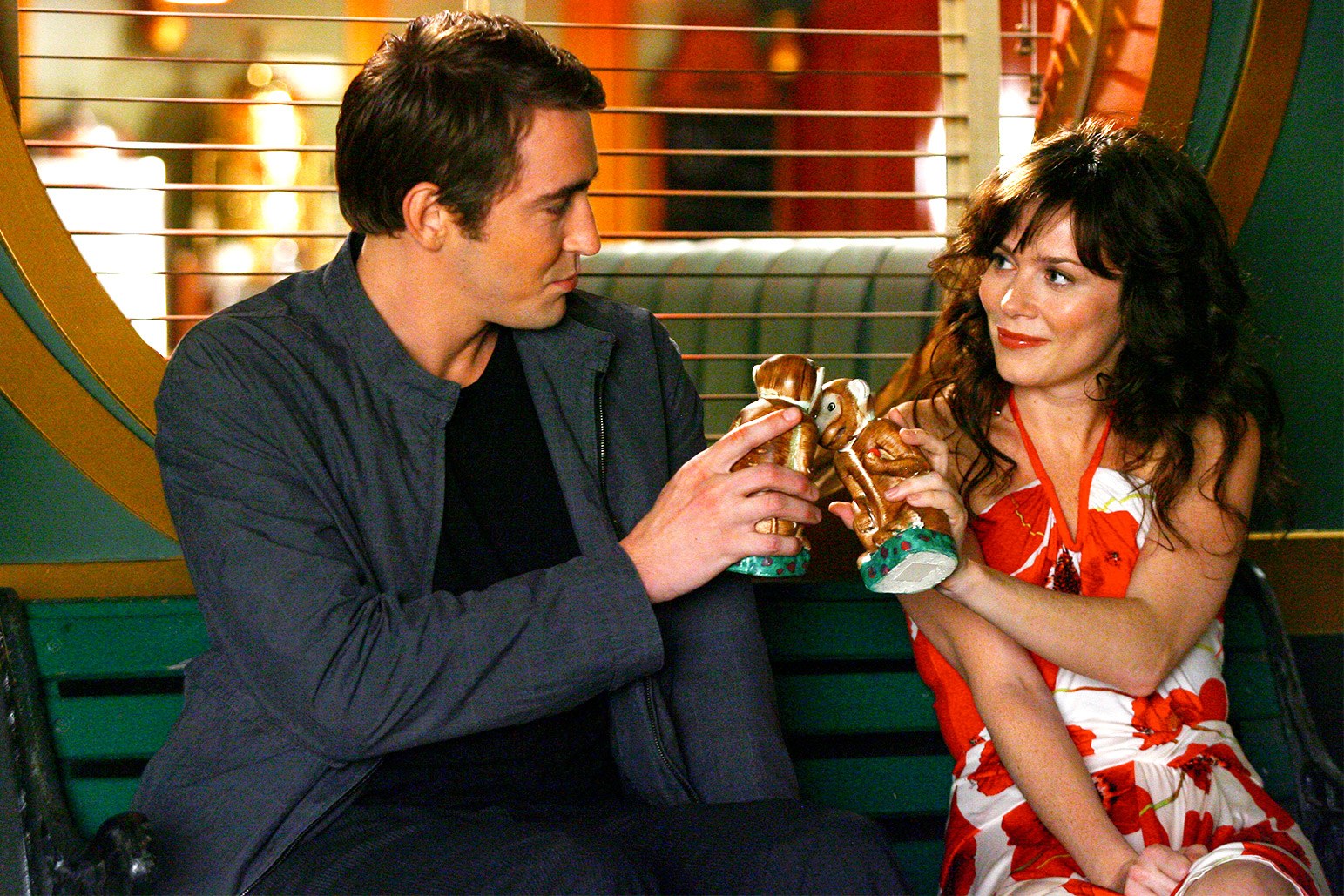 The facts were these: 4331 days, 21 hours, 30 minutes and 31 seconds before she started working on this article, young Erin Phelps was a college student in her dorm room, turning into a television show that would capture her imagination and her heart.

Now, 4331 days, 21 hours, 31 minutes and 6 seconds later, Erin is writing an introduction in the style of Pushing Daisies’ narrator to showcase her love of this romantic, darkly comedic, colorful delight of a show!

Pushing Daisies is the story of Ned, a pie maker with a very special gift: He can touch the dead and make them alive again! But after one minute something else must die in the alive-again-thing’s place! Ned is also able to make reanimated subjects dead again with a single touch. He often uses his special gift to solve crimes with just a minute of discussion with murder victims!

When Ned uses his gift to reanimate his childhood sweetheart, Chuck, and keep her alive, the two team up to solve crimes, bake pies, and live a bizarrely charming life. The only problem? These two lovebirds can’t touch!!

Pushing Daisies is made even more appealing thanks to its supporting characters: Private Eye  Emerson Cod will cut you down with a cold comment even though he has a heart of gold. Ned’s pie shop coworker, Olive Snook, is the perky gal with a long term crush on the handsome pie maker. Then there are Chuck’s eccentric reclusive aunts who still mourn her because they don’t know she’s magically resurrected.

Even though the show is over a decade old, it’s still a joy to revisit again and again. Here are the things that keep me coming back to Pushing Daisies when I’m in the mood for some whimsy.

Its Production Design & Unique Dialogue Are A Match Made In Heaven

When Pushing Daisies premiered, I was immediately dazzled by its bright colors, retro clothing patterns, and cartoonishly gorgeous sets. Ned’s bakery, The Pie Hole, is particularly reminiscent of the eye-popping designs of the movie Amelie. Meanwhile, Chuck’s aunts live in a massive house filled with odds and ends that make it seem like a storybook location come to life.

When it comes to costuming, each character also has signature looks: Emmerson wears brown suits with loudly patterned shirts and ties. Chuck is mostly clad in warm colors that showcase her renewed vitality. As for Ned, he stands out in this technicolor world as the only person who regularly keeps to the monotone palette of grey, black and white.

Pushing Daisies’ meticulous production design is supported by an equally meticulous script. Each episode crackles with witty rapid dialogue and a dazzling vocabulary. Themes from each episode are often spun into impressive puns and revealing character moments.

All of these qualities make Pushing Daisies a viewing experience unlike any other!

For A Dark Comedy, It’s Surprisingly Packed With Warmth

There is seemingly no end to the absurdly dark ways people meet their end on this show. A shark eats a synchronized swimmer in an arena show. A polygamist dog breeder is murdered because of his ownership of a perfect dog. A magician’s act goes horribly wrong, trapping him in a block of cement from which he’s supposed to escape. Nearly every episode of Pushing Daisies includes an unusual theme or setting combined with an out-of-this-world murder.

No matter how wacky and strange the deaths are on this show, it’s never needlessly gruesome. All of these deaths and the thematic settings provide the emotional backdrop for our favorite team of investigators. Much like showrunner Bryan Fuller’s other works like Dead Like Me and Hannibal, Pushing Daisies is packed with shocking deaths. But somehow, the absurdity of death just brings out the liveliness and vibrancy of the world the characters live in.

Not Afraid To Admit It: I Have A Major Pie Maker Crush!

One thing I adore about Ned’s character is that he’s a leading man who isn’t defined by strict masculine codes. He’s fairly quiet, a little bit awkward, and even anxious (wouldn’t you be if you could wake the dead?!). But Lee Pace definitely brings the charm, which makes me grin like a goofball every time I rewatch the series and Ned performs some sort of romantic gesture for Chuck!

If you fell in love with Pushing Daisies back in the day or are curious to try it out for the first time, both seasons are currently available on Amazon Prime streaming!

Erin Phelps is a lover of swoony romance novels, superb television and movies, and splendid comedic podcasts! In addition to writing for Frolic, Erin works at a fun customer service-oriented job at a salon. Sometimes, she can even be found teaching Women’s and Gender Studies at her local college! Her love language is well-constructed pop culture references and her favorite treat is a caramel latte.
All Posts
PrevPreviousIntroducing the Women of the Kiss and Tell Book Club!
Next6 Readers on Why Romance MattersNext