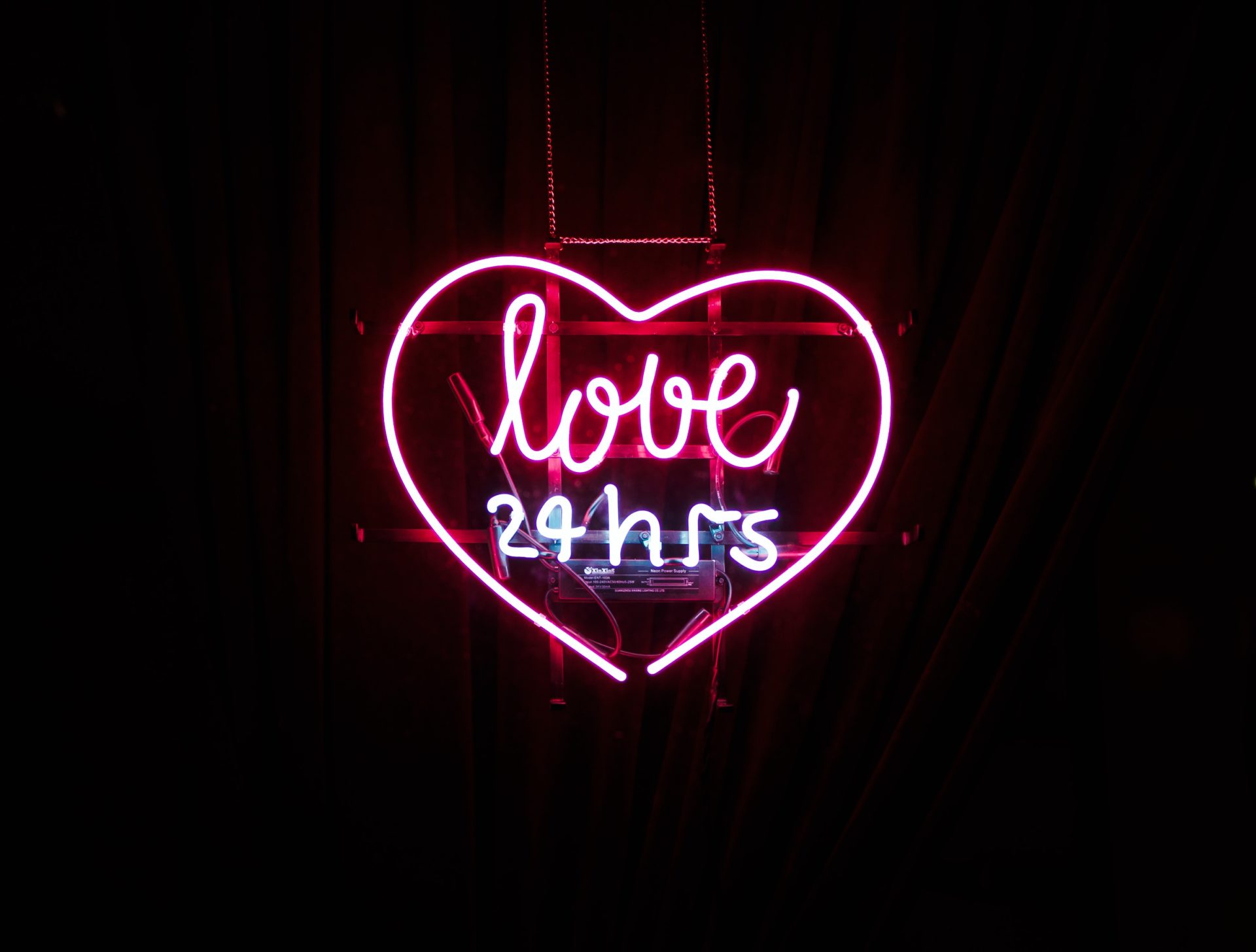 [Note from Frolic: In honor of Valentine’s Day we have 4 of your favorite author’s writing about their very own meet cutes! Today we have the talented T. Gephart!]

I pierced my bellybutton before Britney made it cool, got a tattoo on a whim, and once stood up a date by the country.

When it came to relationships, my track record wasn’t great. I lost interest in good guys—see above—and bad boys just broke me. I was meant to be on my own, to give into wanderlust and travel the world, and that was fine with me.

He had the kindest eyes I’d ever seen and a voice that warmed my soul like a perfect bath. But I was only in Louisiana for 7 days. The plan was get in and get out like a bandit. BOOM. Like I’d done many times before.

What I hadn’t done before was travel with someone I didn’t know. Sure, we were “introduced” by a mutual friend, and had spoken on the phone, but he could’ve been a serial killer with plans to stuff me in the trunk of his car.

So crossing my fingers if one of us ended up a headline, it wasn’t going to be me, I rolled the dice. And the minute I saw him, I knew I wanted him. Mind you, I was thinking a holiday romance because hello? I had tickets to the UK where I planned to sling pints, travel and live my best life. But as we drove from Shreveport to New Orleans, those initial feelings grew.

God, he was funny, sweet, and so freaking kind I could barely stand it. He listened, asked questions, was interested in ME. He was also serving his country, enlisted in the USAF, and stationed in the South away from his hometown of Pittsburgh, PA. So of course, there had to be something wrong with him. And while I wasn’t sure what that was, I was going to have the best 7 days finding out.

Anything I wanted to do, no matter how frivolous or crazy, he agreed without hesitation. Learning of my love for vampires, he leaned into me and whispered, “I know where Anne Rice lives.” So with hurricanes burning through our veins—and no concern about the consequences—we kissed against the tree outside her house. (Don’t file a restraining order, Anne!)

Not sure if it was the alcohol, voodoo, or the magic of the city, but in those few short days, I fell in love. Not that I dared to say it out loud—Lord, that would be crazy—but we tossed around the idea that I’d visit. And my last day with him was bittersweet.

Walking near Jack’s Brewery, we saw a Cajun man boiling up something in a 44-gallon drum. Naturally curious, I went to investigate, the Cajun asking me where I was from. I proudly declared my Aussie origin, which was met with a large smile and a question, “Do you want a genuine Naw-Lins experience?”

Ignoring the advice of the man I’d fallen in love with, who clearly knew better, I took seafood from a stranger, biting the head of a Mudbug (crawfish) and sucked out the brains as instructed. It was disgusting, and didn’t taste great, but I raised my hands victorious to the cheers of the crowd.

It was hours later—on our drive back—that I started to feel a little “off.” What transpired was a night that would seal our fate. It was as if the Devil had come up from hell and was trying to cast the demon out himself; my body hitting the evac on everything I’d consumed for the last five years. And the only reason I didn’t die was because I was such a hot mess, not even the good Lord wanted me. But the guy—who surely had lost whatever feelings had begun to percolate—stayed. He cared for me, held my hair for me, and told me it would be ok.

Despite my protest that British Airways wouldn’t notice—as my head hung down a toilet—he cancelled my flight and smuggled me into his Air Force base dorm. (Pre 9/11) There I hid out like a fugitive, wondering A. Why the guy was sticking around? And B. Vowing to make better life choices if I somehow got out of this unscathed.

Finally, four days after the evil had taken hold—and 10 days after I landed—the storm clouds lifted and reality hit. And by the time he got back from work—USAF, didn’t want the MPs busting down the doors—I was in a panic.

What the hell was I going to do? It was only a matter of time before someone found me, and I was positive the guy I had fallen more in love with had well and truly fallen OUT of love with me. But he held my hands, made me take a breath and then told me he loved me. Not to go. To stay with him. Then he took out a ring, got down on one knee and asked me to marry him.

I finally found out what was wrong with him; he was insane. Well, no one out crazies me. I assumed he wasn’t serious and I called his bluff. “Fine, you want to marry me, marry me today. Right now.”

To my surprise, he took my challenge and one up’d me, driving us to the courthouse in an insane game of chicken. But I wouldn’t blink first. Not when we filled out the marriage license, not when we asked for a judge to marry us, not when a lack of judges available meant we were handed a list of people who could marry us.

“I’m going to call,” I said, dialing the first name on the list. “You better be ready to get married.”

He jiggled the car keys in his hand as he shot me a smirk. “Time and place, sweetheart.”

While I tried to make my accent less pronounced so the dude on the phone could understand me, he made his own bizarre phone call to few of his friends so we had some witnesses. Which turned out to be a blessing when the address I’d written down brought us to a convenience store in Princeton, LA that looked like the start of every horror movie ever.

I was either going to end up in ice bath, missing kidney or someone’s wife, and it was too late to back out now. We went inside, assured we’d come to the right place and led past the meat locker. Please, Lord, let them only take one kidney.

And in a small room, at the back of that shady convenience store, was where we looked into each other’s eyes and promised to love each other forever. It seemed so ridiculous—there was no white dress, no flowers, no cake—but as I said those words, it was no longer a game. It was real and I was all in.

The years since that day haven’t been easy, but in those 20 years (Yep, the big 2-0 on April 23rd) I haven’t regretted it for a second. He was the other half of my beating heart, and in all my time wandering, he’d given me a reason to stand still. And if I had the chance to do it all again, I would, a million times over.

PS. We are now living in Australia with two human children, and a fur baby who has me wrapped around his paw. 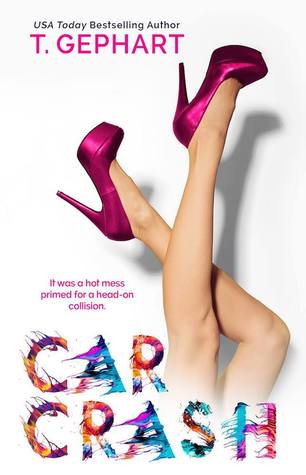 Kitty was not only beautiful but also incredibly intelligent—except when it came to relationships. It seemed if a guy was a loser, corrupt, deadbeat or unavailable, she was completely and utterly attracted to him. She definitely had a “type,” and all of them had been one bad decision after another.Dallas had trouble of his own. Finding women wasn’t a problem—he could charm the pants off almost anyone—but most of those “pantless” women ended up being a few bananas short of a fruit basket. Not always the best candidates for his sex-without-strings philosophy. He was one date away from ending up a 60 Minutes special.While both of them were at the top of their game professionally—she a high-powered executive assistant, and he one of the best tattooists in the city—their personal lives had become a dumpster fire.No one in their right mind would have suggested they join forces to help each other wade through the crazy. Surely that was a recipe for disaster? But without reason, logic or even sanity on their side, they decided to do it anyway.It was a hot mess primed for a head-on collision.

Where Romance and Pop Culture Live Happily Ever After.
All Posts
PrevPreviousWhat to Read and Watch this Valentine’s Day
NextHow This Romance Writer Fell Out of Love With LoveNext