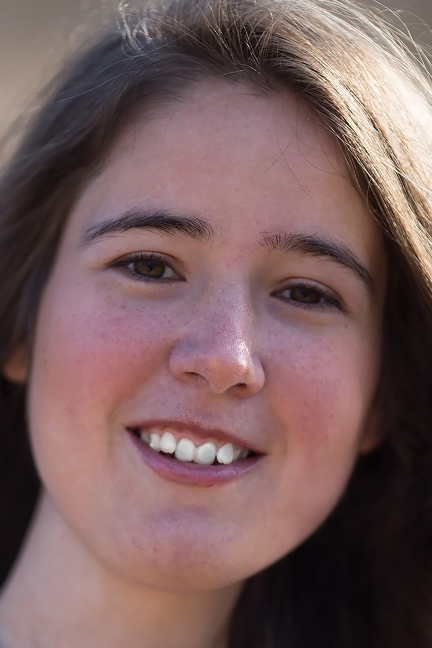 [Note From Frolic: Our resident YA expert Aurora Dominguez got the opportunity to interview author S.C. Megale and ask her five(ish) questions. S.C.’s novel ‘This is Not a Love Scene‘ is out now!] 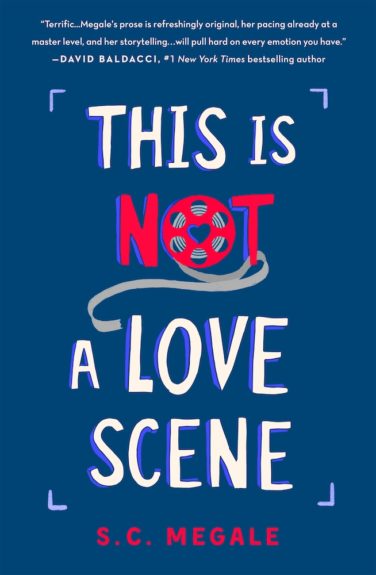 S.C.: I fell in love once. I had no grand intents of opening the world’s eyes to life with disability, no statements to make. I just wanted to engage with those emotions on paper and try to understand them better. I’m not sure I succeeded in the latter. Sometimes that seems to be the point.

Probably François, the service dog. I’ve been told that Maeve’s (the protagonist) resemblance to me both in looks and character is striking, but I don’t see it. She wears blue Converse. I strictly wear red.

In my writing group, a member named Nick (Hi, Nick. I still have a crush on you. Now that I confessed it in the Acknowledgements of This is Not a Love Scene I feel like we’re just going to awkwardly bring it up every time I mention you publicly, which in itself is becoming awkwardly frequent)–anyway–Nick wrote on the chapter of another novel I wrote what I took to be one of the best compliments I’ve ever received: Nearly perfect, he wrote, I think your style is high emotionalism.

YA novels are emotionalist. Sometimes they’re a reader’s first exposure to writing that acknowledges their maturity and ability to feel and consider profundity. I’m not saying I’m profound because I’m a YA author. But YA feeds off you. Your individualism. Your part in the zeitgeist. Your thoughts. Your feelings. You. You.

Not the other way around. I’m not sure you really see that as often in adult lit.

It’s a romance with a crazy amount of humor and a good deal of poignancy rooted in the unique situations of someone with different physical limitations, in this case, muscular dystrophy. Readers can expect to laugh; can expect text convos; varying brands of love; lust; and a dash of Hollywood film lingo.

I plan to stick around. I’ve got a lot more books. I hope to see my second novel out extremely soon.

Who’s your favorite writer currently and why?

There is a small, white, jacketless book on my shelf. It has pen markings on the cover in my own hand–tally marks of how many times I have read it. The book is A Grief Observed, and each tally represents one read-through I’ve completed, almost always with shaky hands and a fractured heart. C.S Lewis is my favorite writer, and the reason I chose to go with the old author cliché of having initials (S.C. Megale).

For more on me and my works: www.scmegale.com

Aurora Dominguez is a high school English teacher, college professor and journalist in South Florida. Her work has appeared in The Miami Herald, Where Magazine and J-14 Magazine, all places where she worked as a writer and editor before going from the newsroom to the classroom. Her favorite days are "Caturdays," which she spends with a good book, her husband, Sebastian, and her cat, Luna. Her motto when it comes to reading: "No book left behind!"
All Posts
PrevPreviousHow One Author Found Love In The Time of Algorithms by Daniela Petrova
NextLove YA: Top 3 Y.A. Reads for the Week of June 25th!Next