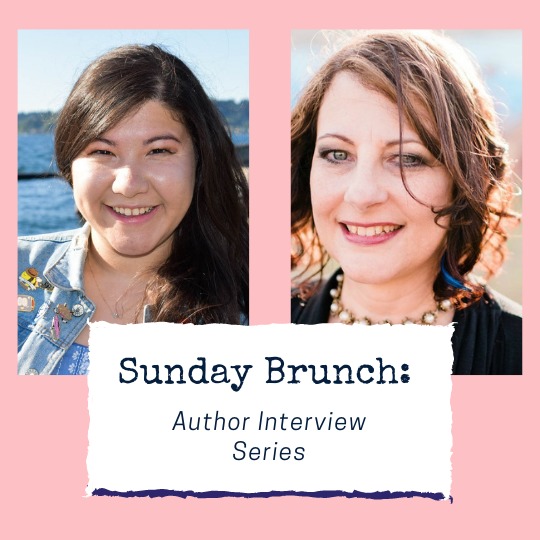 [Note from Frolic: Our resident YA expert Aurora sat down with authors Melissa Croce and Stacie Ramey to ask them a few questions each! Up first, Melissa Croce.] 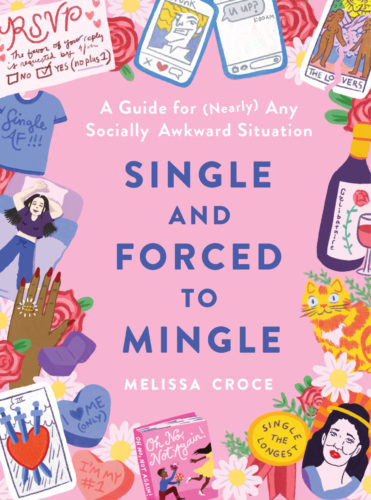 Melissa Croce: My book came about in a non-traditional way. Basically, one summer I was going home to my cousin’s wedding, and I was joking with some coworkers that I should create and distribute a brochure that would head off some typical FAQs one would ask a single woman living in NYC. I decided to follow-up on the joke, and while I of course didn’t hand out brochures, I did make a satirical one and tweeted about it. The tweet went viral and led to a lot of media coverage. My contacts in publishing were like, “This would make a great book, actually,” and here we are!

What can readers expect from this read?

They can expect a guidebook that’s both funny and informative about being a single millennial. I’m both commiserating with the reader about how society at large views single people, but also enumerating the ways in which being a single person is actually awesome, and I’m (hopefully) doing so in a relatable, yet cheeky, voice!

Why do you feel books with powerful and unique themes are so popular and have such a voice right now?

I think it’s because for so long, only certain people were able to make their voices and stories heard, and this led to the assumption that only one voice was needed (and could sell well). But now, in-part with the equalizing factor of social media, more people are able to be seen and heard, showing that there is no one definitive voice, and that the overall population is more varied and diverse than previously recognized by the media and culture at large. All types of people and voices exist and they’re eager to both speak, and to see themselves in what they’re consuming, so if they see a book that represents their experience, or speaks to them in some way, people will support it.

I participated in NaNoWriMo this year for the first time in ages, and I’m hoping to finish the first draft of the manuscript by the end of this year. I don’t know if anything will come of it, but it’s been a fun process!

What a question! I probably have two who I really admire: Madeline Miller, author of The Song of Achilles and Circe, and Casey McQuiston, author of Red, White, and Royal Blue. They write very different books, with very different voices, but they both make writing look so easy, which is how you know they’re good at what they do.

Think about the type of book you want to write. Are there any books you would compare it to? Any books or authors you aspire to write like? Read the types of books you want to write– think about what you like about them, what makes them good. Conversely, think about a book you were really excited about but ended up disappointing you. Why did it disappoint you? If you were the author, what would you have done differently, and why? Carry those lessons with you as you write and edit yourself.

Up next, Stacie Ramey! 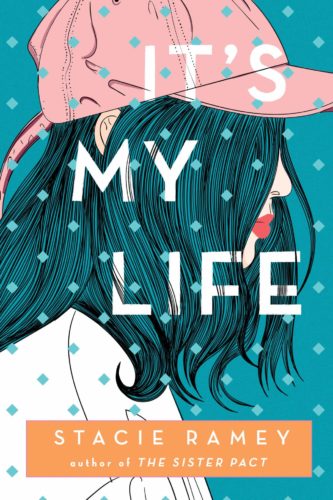 Stacie Ramey: It’s My Life was actually the first book I ever wrote, but it’s my fourth book published. I wanted to write about a girl who gave up on herself, a family who loved her despite that, and the boy she wanted to fight for.

I definitely relate to Jenna the most. I do not have Cerebral Palsy, but I am Jewish, and have dyslexia, like Julian. Jenna’s wish fulfillment fantasies are straight out of my teenage mind. I never thought I was good enough, strong enough, talented or interesting enough. I gave up on myself all the time-never put myself out there. Also like Jenna, I have an amazing brother and sister who lift me up and/or kick me in the rear when I need it.

I think we all want to be inspired. We all want to feel something, right? A connection to other people, to the people we used to be, and the ones we want to grow into. Books definitely help with that.

It’s My Life is about a girl with Cerebral Palsy, who finds out her disability was caused by a birth accident and she’s angry that her parents kept that information from her. She’s angry that they continue to make medical decisions for her. She gives up almost completely until her old crush moves back to town. In an attempt to help him acclimate(and let’s face it, spend some quality time with him) she anonymously texts him, only revealing her true identity at the hockey homecoming dance just before the entire world blows up, sweeping Jenna and Julian up in a wild night where they have to decide who the other one is deep down.

I am currently working on a reteling of a Yiddush Fairy Tale.

This is an impossible question! I love so many writers-Nova Ren Suma, Shea Ernshaw, and David Arnold, to name a few. Really I’m just chasing my next favorite read.

Come back next week for more great author interviews.

Aurora Dominguez is a high school English teacher, college professor and journalist in South Florida. Her work has appeared in The Miami Herald, Where Magazine and J-14 Magazine, all places where she worked as a writer and editor before going from the newsroom to the classroom. Her favorite days are "Caturdays," which she spends with a good book, her husband, Sebastian, and her cat, Luna. Her motto when it comes to reading: "No book left behind!"
All Posts
PrevPreviousWeekend Podcast Guide: Staying Strong and Goosebumps Books!
Next2021 Latinx Reads: The Year of AnticipationNext