The Wacky Rom Com You Need to See 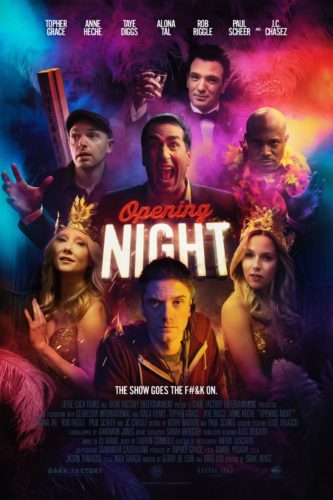 We’ve all been there: scrolling through Netflix, looking for a rom com, but unable to make a decision. This weekend, we have you covered: you should watch Opening Night.

Opening Night is a MUSICAL rom com about a musical. We follow our hero, Nick, the stage manager of a Broadway show, as he deals with all of the wacky challenges the cast and crew throw his way. Nick’s dry humor and apparent disinterest in everything going on provides endless hilarity throughout the movie.

Our heroine, Chloe, is an understudy for the lead role in the musical. When the lead actress is (hilariously) incapacitated, Chloe has to step in. This requires dealing with the male star of the show, JC Chasez of *NSYNC (played by the REAL JC Chasez, because why not?). JC’s wacky character causes even more problems for Nick.

The kicker? Nick and Chloe used to date, and they’re probably STILL IN LOVE. Not to mention the musical itself: it’s called “One Hit Wonderland,” and features some of the best one-hit wonders from through the ages. The whole thing is a bizarre yet incredibly fun romp featuring seduction competitions, big dance numbers and lots of will-they-won’t-they.

If you’re looking for something to watch this weekend, grab the snack and drink of your choice, fire up Netflix, and turn on Opening Night!

Check out the trailer below.