What Beginning Writers Can Learn From Fanfiction 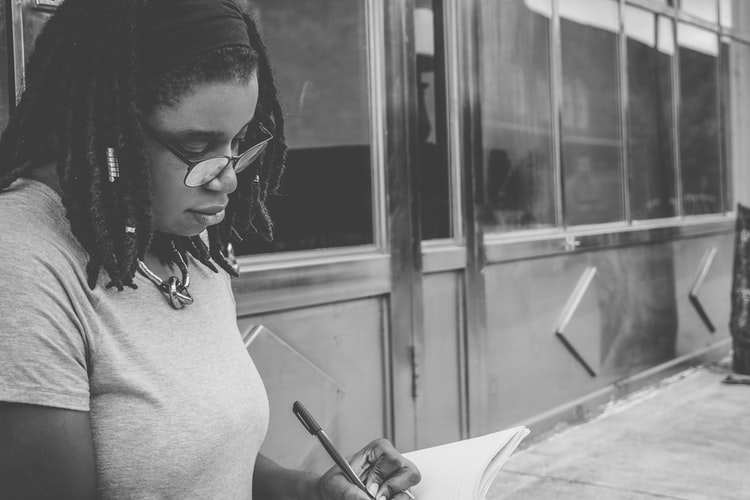 If you’re an avid social media user and love fandoms, chances are you’ve come across fanfiction at one point or another. Whether you prefer to read or write it, fanfiction has a way of sneaking into our hearts and lifting our spirits.

If you’re not familiar with it, let me bring you up to speed. Fanfiction is a work of fiction that is written by fans of a particular show, movie, or book featuring the characters from said media. There are many different kinds of fanfictions, including AUs (alternative universes), reader-inserts, crossovers, and pretty much any popular troupe that you can think of. Some of the most popular are enemies-to-lovers and angst.

As someone who has been an avid fanfiction reader and writer since 2011, I can safely say that I’ve seen my fair share of terrible fanfictions with weak syntax, but I’ve also seen beautifully written fics that should be made into published works.

Despite the reach and popularity of fanfic, most fanfiction writers are belittled and frowned upon in the writing community. While fanfiction does have somewhat of a tarnished reputation due to some fics being illegally published, I believe the majority of fanfiction is full of potential. Not only does writing fanfiction entertain you and your readers, but it actually helps make you a better writer.

First of all, writing absolutely anything helps improve your skills. Like everything, practice makes perfect. The more you write, the better you’re going to become. You’ll gradually start to better understand sentence structure and basic elements of grammar as you go. (Although if this is what you’re lacking, I highly suggest sitting down and reading/analyzing a few books or some popular fanfictions.)

If you’re struggling to conjure up an original idea, or experiencing a block with your WIP, open a Google Doc and start writing a fanfiction spin off to your favorite TV show. You may not realize it, but you’re already starting to create even if you’re using other characters and established settings. If you struggle with creating unique plot lines, try writing a fanfiction that takes the original plot of your favorite book in an entirely new direction. Write what would happen if a character made a choice opposite to the canon one. Write about what would happen if a specific character didn’t die, or didn’t betray the protagonist. The fun about fanfiction is that it’s (almost) entirely limitless. The plot is up to you!

Let’s say you’ve got a plot down pat, but your struggling to create in-dept characters for your novel. Surprise! Fanfiction can help with that too. Fanfiction consists of already established characters from a specific work, which means writing them yourself can help strengthen your ability to formulate, expand, and execute specific character personalities and motives. Take Katniss Everdeen from The Hunger Games. She’s tough, serious, and pretty snazzy with a bow and arrow. Let’s say you want to write an accurate Hunger Games fanfiction about Katniss and Peeta’s life after the series is over. In order to write a fanfiction in this situation, you’re going to need to have a pretty solid idea of Katniss’ personality. By using what you know about her, it seems like a pretty simple task. However, as you delve into your own plotlines, you’re left to make developmental choices for these characters on your own accord. It is no longer Suzanne Collins making these decisions for her characters: it’s now you. You may not realize it, but by writing fanfiction, you’re capturing a character’s soul and personality. This is a skill that even published authors struggle with when it comes to their own characters. By being able to embody an already established character, you’re understanding and learning how to create stable (or unstable, depending on your character), personalities and arcs for your own original characters.

So, you have your plot and your characters, and you’re ready to post your fanfiction and share it with your fandom. Awesome, because now you’re going to learn an extremely hard lesson that every single writer learns sooner or later: whether you like it or not, people will judge your book. They will judge your writing, your plot, your characters, your representation, and nearly anything you can think of. Before you panic and decide to quit your dream of being a writer, receiving criticism and suggestions from your readers on your fanfiction keeps you one step ahead of your fellow writers. Think about it: would you rather have your first, un-edited draft on display for the world to see, or a piece of fanfiction that you don’t even have to put your name on? Chances are you’re making the same writing mistakes in your fanfictions that you are in your own novel. By putting your fanfictions out there, you’re going to be able to correct those mistakes and gain a dose of reality by doing so! By fixing these little details in your fanfictions, you’ll grasp the concept of editing, revising, rewriting, outlining, and accepting criticism.

The last, and probably the most important thing that writing fanfiction can teach you is to have fun. Writing can be stressful, but fanfiction keeps that spark of creativity and passion inside of you alive. We’re able to be creative, silly, spontaneous, and satirical without the pressure of having to write a masterpiece on our backs. Whether you’re looking to someday be a published author, or you’re just looking to mess around and have fun, I highly suggest giving fanfiction a try. Who knows where it may lead you?

Wende Hurtuk is a nineteen year old English major and writer who’s been creating worlds and stories for as long as she can remember. When she’s not writing, you can find her reading or spinning some of her favorite records. She actively reviews novels on her Goodreads page and on her Instagram.
All Posts
PrevPreviousBlinded by the Wallflowers: What’s New in Entertainment this Week!
NextExclusive: Excerpt of Three Part Harmony by Holley TrentNext