What to Read After Finishing Netflix’s Cheer 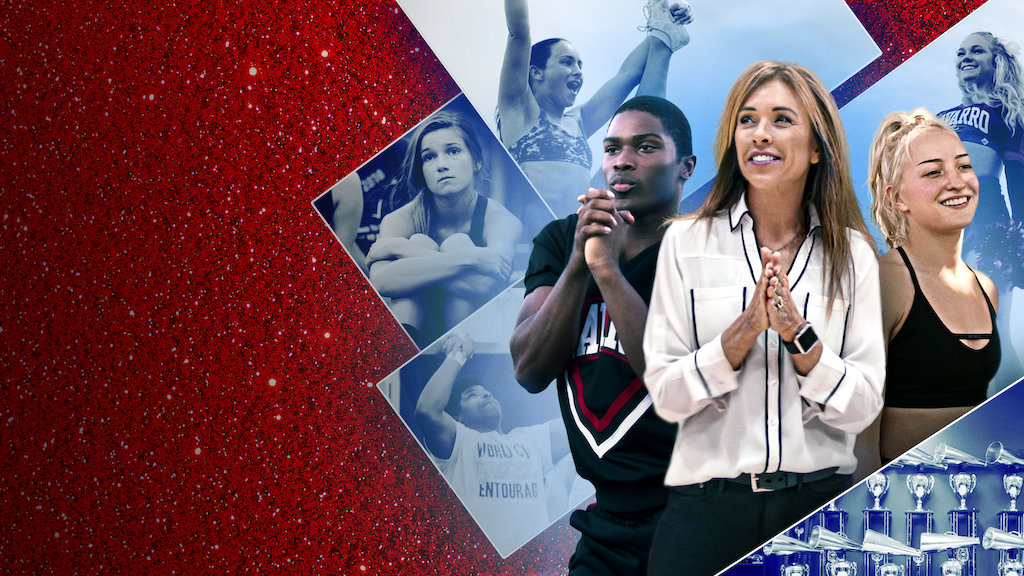 Did anyone else binge watch Cheer and sob every time Jerry came on?! No, Just me? This was the perfect show to watch for January because it’s an intense look behind the scenes at how these athletes balance school and the competitive team sport. I have been obsessed with all things cheer since Lifetime first premiered their killer cheer movies and R.L. Stine did a whole series on them.  If there’s anyone else like me, that just wants Jerry to “mat-talk” them into an amazing 2020, I’ve compiled a list of cheer reads. 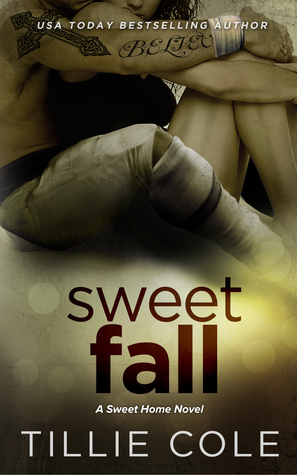 We all have secrets.

Until we find the one soul who makes the burden of such secrets just that little bit easier to bear.

Lexington “Lexi” Hart is a senior at the University of Alabama. Surrounded by her best friends, her loving family and having fulfilled her life-long dream of making the Crimson Tide cheer squad, everything is going exactly as she always dreamed it would. But beneath her happy exterior, demons lurk, threatening to jeopardize everything Lexi has worked to achieve. When events in her life become too much to cope with, Lexi finds herself spiraling down into the realm of her biggest fear. Lexi falls hard, victim once again to the only thing that can destroy her and, on the way, finds herself falling straight into the dangerous tattooed arms of a guy from the wrong side of the tracks.

Austin Carillo, starting Wide Receiver for the Alabama Crimson Tide, must get picked in this year’s NFL draft. He needs it. His brothers need it. Most importantly, his mother desperately needs it. Brought up in a world where the poor are forgotten, the sick are left to fend for themselves and no hero miraculously appears to pull you out of hell, Austin had no other choice but to make a living on the wrong side of the law—until football offered Austin the break to get his life back on track. But when a family tragedy drags him back into the clutches of the gang he believed he had left far behind, Austin finds himself falling. Falling back into criminal ways and falling deep into a suffocating darkness. Until a troubled yet kindred spirit stumbles across his path, where Austin quickly finds he is falling for a young woman, a young woman who might just have the power to save him from his worst enemy: himself.

Can two troubled souls find a lasting peace together? Or will they finally succumb to the demons threatening to destroy them?

This is the second in the series, Sweet Home, that brings out the complexities of college — learning to navigate new found freedom and finding new love. Lexi is on top of the world, she’s top of her cheer team, she’s a senior, until it all comes crashing down. Secrets don’t stay secrets and this may cost her everything. Tillie Cole is an author that builds up major tension on her novels and delivers angst ridden romances. There are some major issues addressed here that are common and she paints a realistic picture of the consequences. And while cheer isn’t the main focus of the characters, if you watched the documentary, you know it’s the complexities of the personalities on the team that made you not want to stop watching. 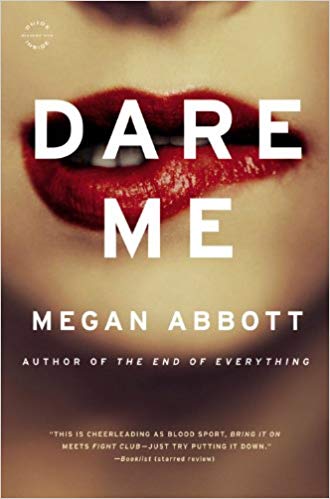 Dare Me by Megan Abbott

Addy Hanlon has always been Beth Cassidy’s best friend and trusted lieutenant. Beth calls the shots and Addy carries them out, a long-established order of things that has brought them to the pinnacle of their high-school careers. Now they’re seniors who rule the intensely competitive cheer squad, feared and followed by the other girls—until the young new coach arrives.

Cool and commanding, an emissary from the adult world just beyond their reach, Coach Colette French draws Addy and the other cheerleaders into her life. Only Beth, unsettled by the new regime, remains outside Coach’s golden circle, waging a subtle but vicious campaign to regain her position as “top girl”—both with the team and with Addy herself.

Then a suicide focuses a police investigation on Coach and her squad. After the first wave of shock and grief, Addy tries to uncover the truth behind the death—and learns that the boundary between loyalty and love can be dangerous terrain.

The raw passions of girlhood are brought to life in this taut, unflinching exploration of friendship, ambition, and power. Writing with “total authority and an almost desperate intensity” (Tom Perrotta), award-winning novelist Megan Abbott delivers a story as unnerving and thrilling as adolescence itself.

Dare Me by Megan Abbott is also a TV series now on USA.

This book is more of an edgy take on the world of cheerleading and group mentalities. What drives the plot forward is the murder mystery at the center of it. If you enjoy a “who-dun-it” mixed in a heavy look at the athleticism behind the cheer moves. In the documentary, they highlight the power and grace required of the moves that wow us on screen. In Dare Me, they are well oiled machines that will do anything to secure the next win. 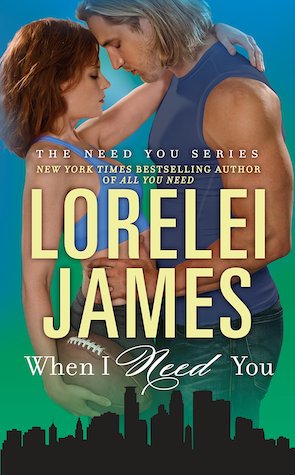 When I Need You by Lorelai James

Heir to Lund Enterprises and ladies’ man Jensen “The Rocket” Lund has three conditions when it comes to dating:

So it makes no sense that he’s wildly attracted to Rowan Michaels, who breaks all three.

Rowan Michaels didn’t pass the rigorous requirements to become an athletic trainer and Vikings cheerleader in the hopes of landing a pro athlete: been there, done that, and she has a young son as proof that football players and fidelity don’t go hand in hand. When Rowan learns her new neighbor is Jensen Lund, the smoking-hot tight end who takes being neighborly to a whole new level, she’s grateful for the team’s strict “no fraternization” policy because the sexy man defines temptation.

But Jensen is intent on rushing straight to the goal line to prove to Rowan he’s much more than just a player…on and off the field.

I loooooooved this book. It’s the perfect mix of banter and romance. Rowan is a cheer coach for her alma mater and also a professional cheerleader. The documentary talks a lot about how long the cheerleading life is sustainable; this book explores the “after” of working as a professional cheerleader. Rowan is a single mom that will do whatever she needs to do in order to provide a great life for her son. Jensen is not on the list. She’s steered clear of football players and Jensen steers clear of cheerleaders. However, their chemistry lights up the pages and cannot be ignored! This is a classic romance novel that hits all the right spots.

Jessica Moro's voracious appetite for books is matched only by her love for cake. She's always looking for new reads, especially books that have surprising twists and happily-ever-afters that are good for the soul.
All Posts
PrevPreviousExclusive: Iron Heart by Nina Varela Cover Reveal & Excerpt
NextThe Fun of Watching the WitcherNext