Who Wants to Live Forever? by Lisa Kessler 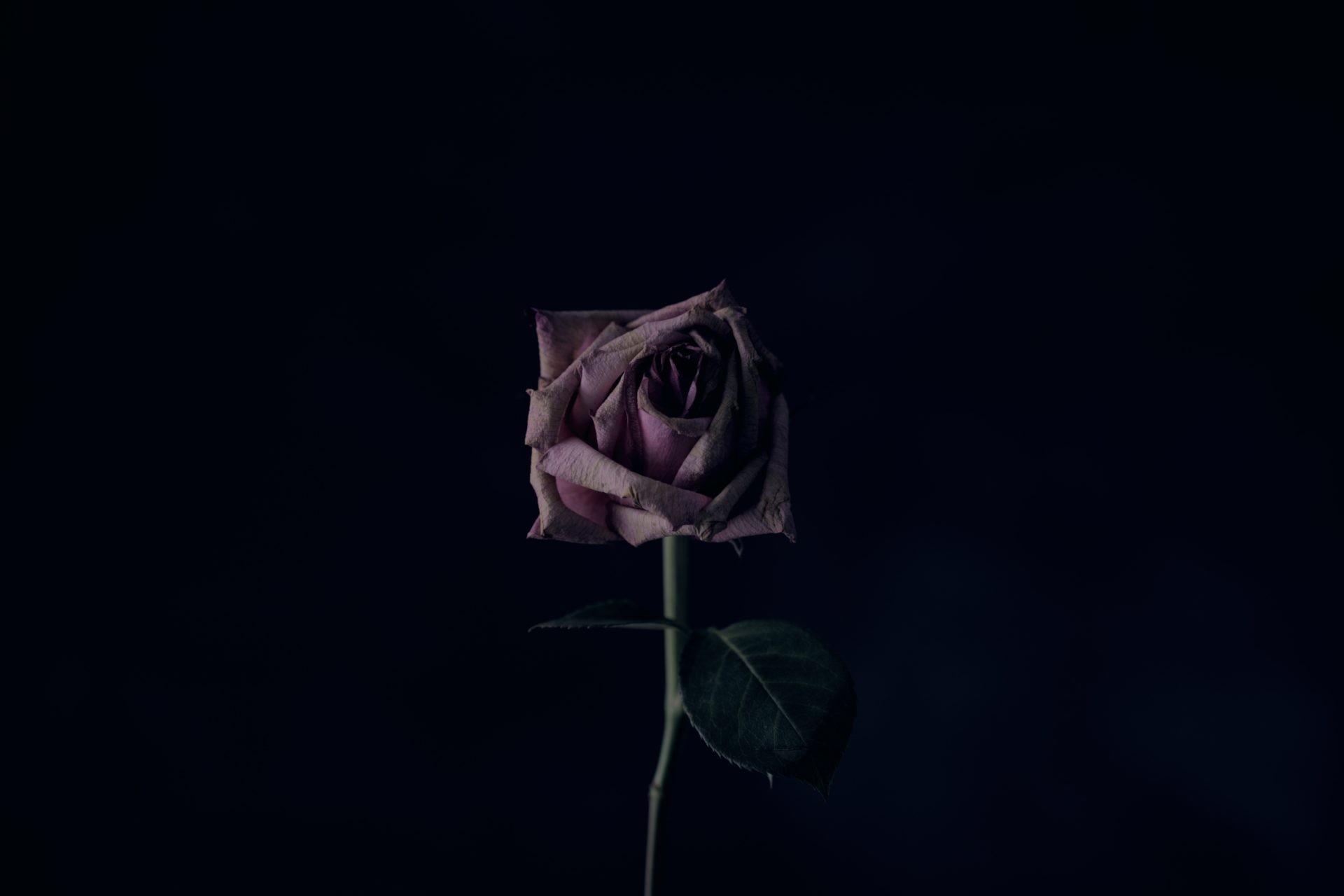 [Note from Frolic: We are so excited to have author Lisa Kessler guest post on the site today. Take it away Lisa!]

Have you ever wondered what it would be like to live forever?  I think my fascination with immortals started with Anne Rice’s Vampire Chronicles, carried into the Highlander movies and tv series, and the urge to examine the concept deepens in my new immortal pirate series, The Sentinels of Savannah.

I’m intrigued to understand how a person (or being) can remain relevant when the world around them is constantly changing, and they’re not. Anne Rice’s Lestat searched for pleasure and entertainment, but eventually found himself aching for meaning and redemption. In the Highlander television series, Duncan MacLeod, engrossed himself in learning languages and fighting styles while continuing on his “There can be only one” path in The Game.

In Pirate’s Pleasure, my hero, John Smyth, has been the boatswain for the crew of the Sea Dog since the 1700’s. After stealing and drinking from the Holy Grail, the crew had been in Savannah, Georgia ever since. John founded a capital investment firm and still counts money and divides shares, but recently the crew has been lured back into piracy, this time for the United States government. When Pandora’s Box is discovered to be missing, John and his crew set out to steal it back.

He never expects the thief to be one of his top brokers. Harmony Andrews has a healthy lust for life and living on the edge, opposite of our hero who thrives on repetition and routine. I had a blast watching her coax him back into the dangerous waters of risk. She reminded him what living is all about.

Each book in this series gives us insight into another immortal pirate, struggling to fit into today’s high tech world. The crew members each have their own reason for facing eternity. For some it’s love, for others it’s duty, and for some it’s a quest for answers, but the burden of facing eternity and finding a purpose weighs heavy on their shoulders.

On the surface, immortality, life without the fear of death seems great, but I think it also comes with a hefty price. Maybe that’s part of our fascination. Daydreaming about cheating death and escaping the circle of life can be fun, but when dip our toes into that pool, would it become a prison without someone to love?

So if you got the chance to live forever, would you take it?  If yes, what would keep you going as lifetimes pass by?  And if not, why would you rather remain mortal with only one life to live?

I can’t wait to hear your thoughts…  One commenter will win a copy of Magnolia Mystic, Book 1 in the Sentinels of Savannah! Tweet @onfrolic and @LdyDisney with your answer and #magnoliamystic to enter.

And here’s a small taste of immortality from PIRATE’S PLEASURE:

“You’re going to pay me to make an exact copy of Pandora’s Box to bail this woman out of a mess?” Drake Cole crossed his arms. “What’s in it for you, Boatswain?”

“Nothing.” John shrugged. “Believe me, I’m as shocked as you are.” He rubbed the bottom of his chin. “This is no ordinary woman. She’s intelligent, beautiful, devious, and a damned fine liar.” He chuckled and shook his head. “She played me, Drake.” He tapped his chest in disbelief. “Me.”

Drake had been the ship’s carpenter on the original Sea Dog, but after the sinking, he’d never been the same man. All of them had mourned the loss of their beloved ship, but Drake’s grief never passed completely. The hulking pirate worked with his hands like a man possessed, or a man who needed to keep busy. John didn’t know what demons haunted him but seeing his friend smile was a welcome moment.

Drake gripped his shoulder. “Seems our Quartermaster and our ship’s Pilot aren’t the only ones to be distracted by a lass.”

John knocked his hand away. “Hardly.” He almost smiled. “She fascinates me. Nothing more.”

But her kiss did have him off balance. He hadn’t been expecting it, and it kindled a fire that burned much deeper than his flesh. She’d sparked something in his soul that worried him. Eternity could be an adventure as long as he navigated the waters and stayed far from mortal attachments.

Harmony presented a very dangerous temptation, not to mention she had no idea her boss had been in Savannah since the 1700’s, frozen in time. He could never give her the life she deserved. Sure, he had money, but there would be no growing old together, and he’d never agree to father children if he was forced to watch them grow old and eventually fade away.

He blinked, shaking his head to clear away the thought. Family? It was a kiss, not a consummation. What the hell was wrong with him?

Drake cleared his throat. “You have photos and dimensions of the box I’m making?”

John reached for his cell, and Harmony’s text lit the screen.

A smile tugged at his lips before he could bury it. “You may get to meet our thief. She’ll be here soon.” He found the photos she’d emailed and handed his phone to Drake. “We need it quickly. I convinced her to return the original to Bale, and she’s going to sell yours.”

Drake lifted his gaze from the phone. “Think that’s wise?”

“No one has photos of Pandora’s Box, only myths. How would they be able to gauge the authenticity?” Drake examined the photos, enlarging them a few times before finally returning the cell. John slipped it into his pocket. “Can you replicate it?”

“Aye.” Drake nodded. “I can have it ready in two days, but I won’t be responsible for the outcome if the buyer realizes it’s a counterfeit.”

“The burden rests squarely on my shoulders, mate.” John glanced at the shore as headlights glowed on River Street. “She made good time.”

“Send the photos to my phone and get me the dimensions.” He stared at River Street, narrowing his eyes as Harmony exited the car. “Holy shit.” Drake focused on John again. “You let the thief drive away in your Porsche? You’ve never handed the keys to any of yer crew.”

John chuckled. “I’d be a fool to trust a band of pirates with my car.” 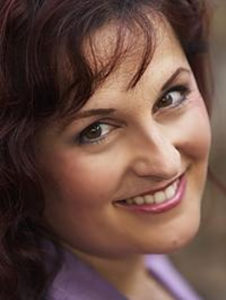 Lisa Kessler is an Amazon Best Selling and award winning author of dark paranormal fiction. Her debut novel, Night Walker, won a San Diego Book Award for Best Published Fantasy-Sci-fi-Horror as well as the Romance Through the Ages Award for Best Paranormal and Best First Book. Her short stories have been published in print anthologies and magazines, and her vampire story, Immortal Beloved, was a finalist for a Bram Stoker award. When she’s not writing, Lisa is a professional vocalist, performing with the San Diego Opera as well as other musical theater companies in San Diego. You can learn more at http://Lisa-Kessler.com or by Following her on Facebook (https://www.facebook.com/LisaKesslerWriter) or Twitter (https://twitter.com/LdyDisney) 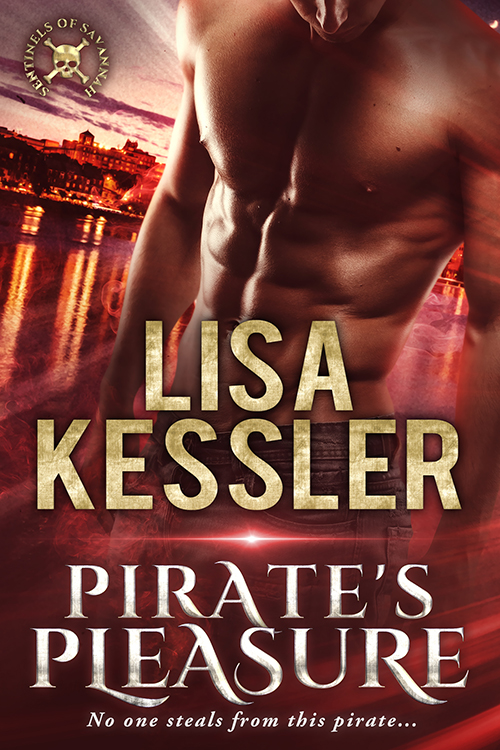 John Smyth has survived mutinous pirate crews, wars, and the passage of centuries by keeping his life as he did his ships, organized and well stocked. But when his crew is tasked with stealing Pandora’s Box for the government, it opens a door to destruction, and her name is Harmony Andrews.
A risk-taking investment broker by day, and a thief by night, Harmony is a member of the underground Digi Robins crew. Stealing relics to sell on the dark web, they donate the money to people without insurance who need life-saving medical treatments.
What she doesn’t realize is the box she just stole is the very one her boss is looking for––the boss who just happens to be an immortal pirate. And as their adventure heads into the danger zone, she doesn’t know what’s more dangerous: the risk to her life or the risk to her heart.
Amazon: https://www.amazon.com/dp/B07Q7TRZKB

Where Romance and Pop Culture Live Happily Ever After.
All Posts
PrevPreviousExclusive: Excerpt of ‘Pretty Reckless’ by L.J. Shen
NextTexts From A: In Which I Yell About Spencer So MuchNext