Why I Never Make My Bed by Sariah Wilson 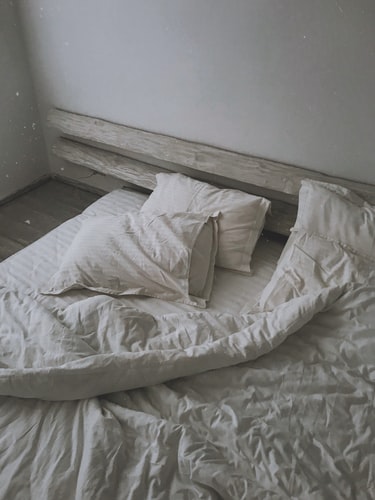 [Note from Frolic: Today we welcome author Sariah Wilson to the site. She’s talking chores and more. Take it away, Sariah!]

Recently, while I was scrolling through my Facebook feed, I noticed a video that one of my friends posted. It was a military officer speaking at a graduation. He advised the student body to get up every morning and make their beds. That by doing so they would have immediately finished one task, which would make it easier to accomplish other tasks throughout the day.

This probably should have been inspirational but I have a confession to make: I don’t make my bed. Ever. There were nine kids in my family growing up so bed making wasn’t high on the list of chores that took priority. When I went to college, I didn’t ever see the point (much to the chagrin of many different roommates). Why would I bother making my bed when I was just going to climb into it later? (I also have this weird aversion to blankets and sheets being tucked into the mattress. Every time I go to a hotel, I have to pull the bedding free. I say it’s better to start off the way you mean to go on. Loose sheets and blankets for everyone!)

And this has stuck with me as an adult. My husband has the same viewpoint that I do—why bother doing something you’re going to undo later that night? Our bed is never made unless we have somebody coming into our room or bathroom to install something or make a repair (I do have some pride).

The heroine of my latest novel, Roommaid, doesn’t make her bed either. But in her case, it’s because she doesn’t know how. Madison Huntington grew up very wealthy and always had a household staff to take care of everything for her. She defies her family’s expectations by becoming a teacher, causing them to cut off her trust fund. Desperate for a place to live, she’s offered a spare bedroom by the hero, Tyler Roth, in exchange for cleaning up the apartment and looking after his anxiety-stricken dog.

She accepts because she figures chores can’t be that hard. But cleaning is particularly unfun for someone who hasn’t done it before. She’s angry at all the Disney princesses who made her believe that she’d come to enjoy it. I know I never have. I put most chores off for as long as possible until it gets to the point that I have to do it for possible health code violations, or because someone’s coming over to visit. (Please note that if you come to my house and it’s cleaned up, I knew you were stopping by.)

Madison is also very bad at the whole housekeeping thing and makes some expensive and destructive mistakes. She ends up having to look some things up on the internet to do them correctly. She has some humorous mishaps, but she eventually comes around to being pretty okay at the whole cleaning thing. She likes her space to be neat; she just doesn’t like being the person responsible for it.

I’m always so impressed with people who love to clean their homes. I had a friend years ago who only let her children play in a room set up for them in the basement and kept paint on hand so that she could touch up any damage to the walls as soon as possible. She had her own personal professional carpet cleaner machine. She devoted her entire day to making her home spotless. Over and over again, day in, day out. I could just…never, ever do this. I’m an avid collector of memes that advocate for leaving housework until later (and somehow later never actually comes). I admired her commitment even if I might have questioned her sanity once or twice. But like my friend and Madison, I do enjoy when my house is clean. I just don’t want to be the one doing it.

I worry about how this might rub off on my kids. I made sure that they know how to clean. I have a daughter who keeps her own room immaculate (and even makes her bed. I don’t know where she gets it from). My three boys on the other hand? Total slobs. BUT…they can scrub a shower and clean a toilet with the best of them. Like me, they don’t enjoy it, but at least they have the knowledge. And I figure that’s all their future significant others can ask of me.

What about you? What chores do you avoid at all costs? What daily tasks are you routinely neglecting because you don’t see the point?

Sariah Wilson is a passionate believer in happily-ever-afters who lives in Utah with her own soul mate, their four children and the two family cats. In addition to ROOMMAID (October 1, 2020; Montlake), her belief in true love has inspired several bestselling romance series, including End of the Line (THE FRIEND ZONE, JUST A BOYFRIEND); Lovestruck (#STARSTRUCK, #MOONSTRUCK, #AWESTRUCK);  Ugly Stepsisters (THE UGLY STEPSISTER STRIKES BACK; PROMPOSAL), Royals of Monterra (ROYAL DATE, ROYAL CHASE, ROYAL GAMES, ROYAL DESIGN), and many standalone novels. You can connect with her online at www.sariahwilson.com 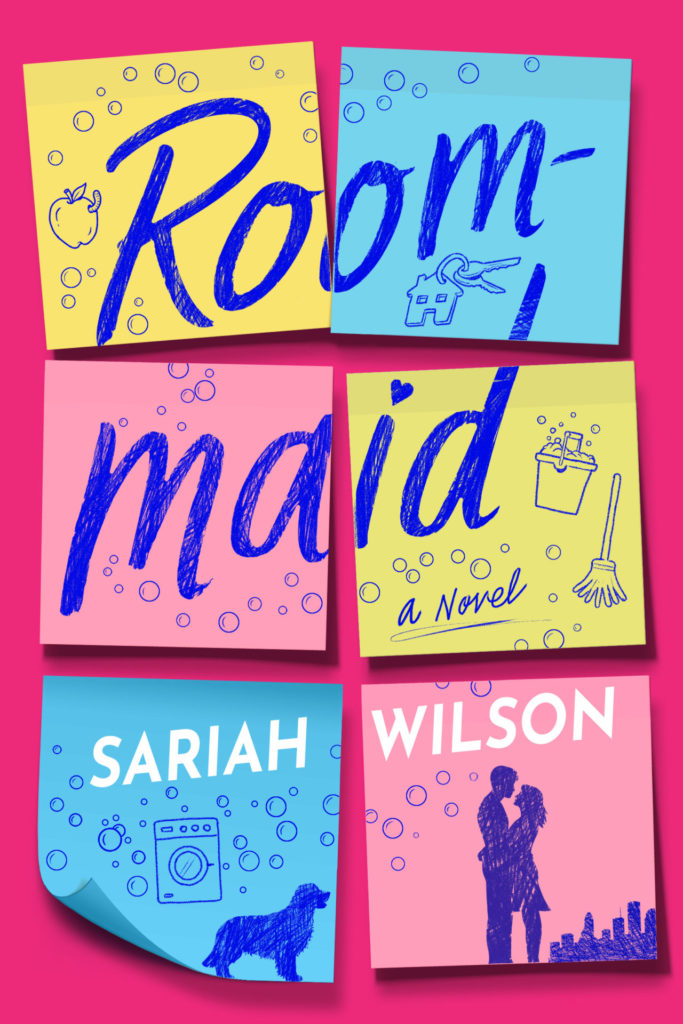 Roommaid by Sariah Wilson, out now!

From bestselling author Sariah Wilson comes a charming romance about living your life one dream at a time.

Madison Huntington is determined to live her dreams. That means getting out from under her family’s wealth and influence by saying no to the family business, her allowance, and her home. But on a teacher’s salary, the real world comes as a rude awakening—especially when she wakes up every morning on a colleague’s couch. To get a place of her own (without cockroaches, mold, or crime scene tape), Madison accepts a position as a roommaid. In exchange for free room and board, all she needs to do is keep her busy roommate’s penthouse clean and his dog company. So what if she’s never washed a dish in her life. She can figure this out, right?

Madison is pretty confident she can fake it well enough that Tyler Roth will never know the difference. The finance whiz is rich and privileged and navigates the same social circles as her parents—but to him she’s just a teacher in need of an apartment. He’s everything Madison has run from, but his kindhearted nature, stomach-fluttering smile, and unexpected insecurities only make her want to get closer. And Tyler is warming to the move.

Rewarding job. Perfect guy. Great future. With everything so right, what could go wrong? Madison is about to find out.

Where Romance and Pop Culture Live Happily Ever After.
All Posts
PrevPreviousThe Bookish App You Need: Book Breaks
NextBook of the Week: The Rakess by Scarlett PeckhamNext