Writing Light into the Darkness by Lisa Berne 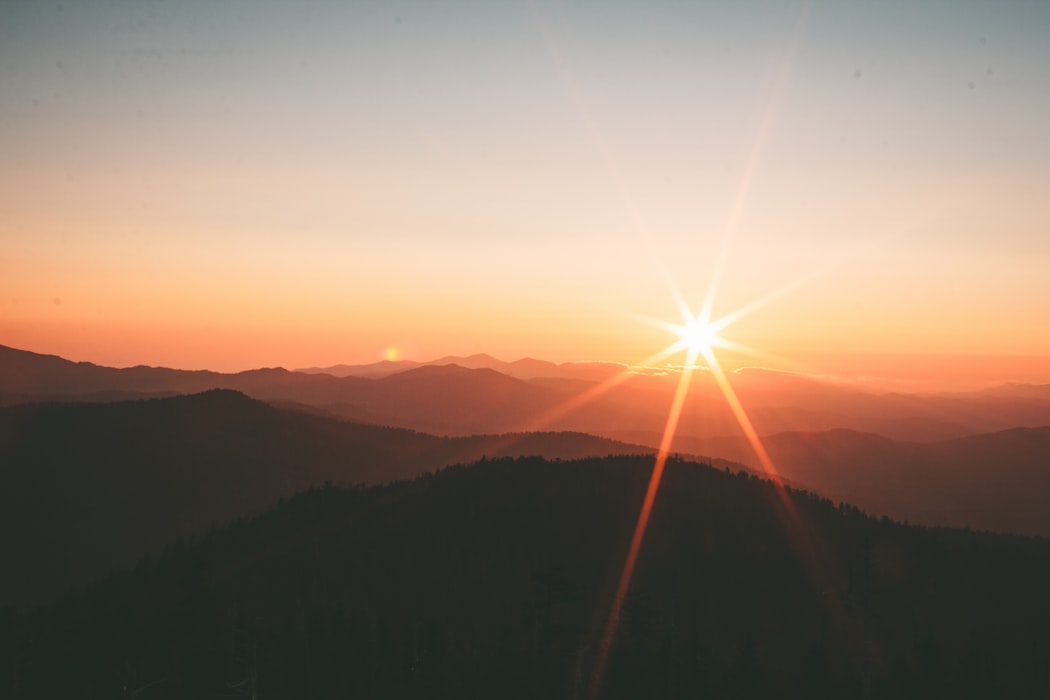 [Note from Frolic: We’re so excited to welcome author Lisa Berne to the site today. She’s sharing how she blends lighter and darker themes in her work. Take it away, Lisa!]

As a romance author I’m not averse to tackling dark topics.

My earlier books touch on the desolation of being unwanted; the ache of deep loneliness; the pain of unrequited love; the burdens carried forward by a tragic past; the agony of paralytic self-doubt; the hardship of being forced into a social role that results in alienation from one’s own heart and soul.

When I began mapping out my fifth book, I had two protagonists dealing with similar challenges.

My heroine, Jane, comes from a background of poverty, insecurity, and little to no education. When we first meet her, she’s dressed nearly in rags and is on the verge of starvation.

My hero, Anthony, has been thrust by fate into a dukedom he never wanted, suffered through five years of a miserable marriage, and is now being relentlessly pressured to marry again, regardless of his feelings or wishes in the matter.

Envisioning the plot with these backstories, I could easily project their dynamic. Two wounded souls, whose love for each other could bring them the healing they both so desperately need.

I was just about to begin writing when COVID hit, with stunning speed changing the world in ways few could ever have imagined.

It brought into sharper focus the things so many us of want and need: stability, connection, love; good food to look forward to and keep us going; laughter and fun. In short, all the things a romance novel can deliver — even if but fictionally.

And my story shifted on its axis.

I started writing, but with a very different mindset.

Although Jane and Anthony’s backstories remained the same, I was bent on infusing the larger arc with sweetness and light and humor. In an incredibly stressful time, what’s cozier and more nourishing than a good comfort read?

Thus, in the opening scene, after a rather brutal discussion between the sensitive, unpretentious Anthony and his crabby, snobby, bossy older sister — up pops a key character: Anthony’s 8-year-old son.

Is Wakefield a melancholy, sullen little boy, damaged by his motherless state, oppressed  by the constant harangues of his crabby sharp-tongued aunt?

He’s bright and lively, curious and mischievous. And the bond between him and Anthony is like a shining sturdy cord: the unwavering, unconditional love of a father for his son which is entirely reciprocated, and revealed not through high drama, but lightly, casually, subtly.

So, into the darkness I wrote in the proverbial ray of sunshine.

And even when, in the next scene, I had poor Jane, ragged and bony-thin, shivering in the cold as she stands uncertainly on the Penhallows’ doorstep, amidst the pathos there are flickers of quiet humor.

As I continued to write, the joy inherent in this strategy both inspired and motivated me — even though, at times, there was an unnerving contrast between the real world and the one I was creating in the bucolic countryside of England, 1817. Sometimes, I must admit, I had a real sense of relief in ‘escaping’ into my fictional world.

It felt right to show that Jane is resilient and hopeful, full of kindness and affection; her personality isn’t warped by her early experiences but is, instead, tempered into fine strong steel.

Similarly, Anthony, despite his sorrows and pressures, is a warm and loving father, an attentive landlord to his tenant farmers, engaged in his community and an important part of its continuing betterment.

More light into the darkness.

We practically eat our way through the story. For what is more necessary, and more sensuously beguiling, than something tasty to eat?

As for connection, there’s plenty of that to go around.

The orphaned Jane soon finds herself to be a cherished member of the multigenerational Penhallow family: all at once she’s a great-granddaughter, a cousin, an auntie of sorts to her cousin’s children.

And of course, since I was telling the tale of a widowed man with a young child, not only do my hero and heroine fall madly in love with each other, but together, the three of them form a family; luckily, Jane and Wakefield are great friends right from the start. Even for the book’s least pleasant people, in the end, things don’t turn out so badly for them.

And laughter? I had fun creating all kinds of scenarios and conversations to make my readers smile and, I hoped, have fun reading them too.

For example, there’s a little running joke about Anne of Cleves; a handsome but annoying viscount with smoldering eyes who gets deftly one-upped by Jane; satisfyingly rude remarks about the Prince Regent; malaprops galore; playful twists on the word “ducal”; fear and loathing of clowns; and a bunch of little ‘Easter eggs’ and allusions referencing The Matrix, Hello Kitty, Samson’s famous hairdo, and Charlotte’s Web, to name just a few.

Someone asked me how I might describe the experience of reading or listening to The Worst Duke in the World, in a pithy way.

Well, I answered, it’s lighthearted and bubbly, like a glass of good champagne. It’s meant to make you smile and laugh and dance your way through it.

Lisa Berne read her first Georgette Heyer novel at fourteen — it was the effervescent Lady of Quality — and was instantly captivated. Later, she was a graduate student, a grant writer, and a teacher — and now writes historical romance for Avon Books, with her stories set mostly in Regency-era Britain. She lives with her family in the Pacific Northwest. Please visit Lisa on the web at www.LisaBerne.com . . .  and say hello on Facebook at LisaBerneAuthor. 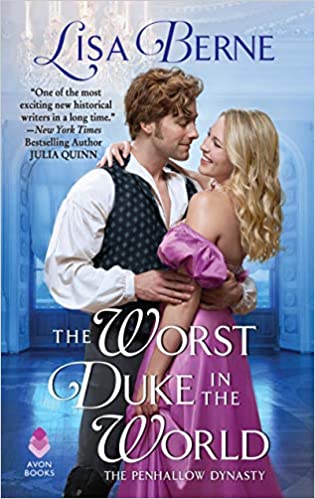 The Worst Duke in the World by Lisa Berne, out now!

A wayward duke must choose: will he be the bad hero in a love story gone awry, or the brave and clever hero who risks everything for true love?  The acclaimed Penhallow Dynasty series continues in this fresh, fun, funny tale!

Life’s no bowl of cherries for Anthony Farr, the Duke of Radcliffe. Duty demands he remarry to provide a spare to go along with the heir — and eligible ladies keep trying to finagle him into a proposal. All he wants is to be a good father to his 8-year-old son, see the Duchess (his truly terrific pig) win first prize at the harvest fête, and stay single. Even if that makes him a Bad Duke. Maybe the Worst Duke in the World.

Then Miss Jane Kent, a long-lost relation of the illustrious Penhallow family, arrives in the neighborhood and is promptly befriended by the Duke’s son. Jane, Anthony comes to realize, is smart and fun and also very kissable and dazzlingly desirable. Still, that’s not enough to melt his resistance to marrying again. He made a stern promise to himself and promises must, of course, be kept.

But what if that’s just his head talking, and his heart . . . is saying something entirely different?

Where Romance and Pop Culture Live Happily Ever After.
All Posts
PrevPreviousThe Top 10 Books of April 2021
NextA Must-Read for Any Poet: An Excerpt from I Have Been Buried Under Years of Dust by Valerie Gilpeer and Emily Grodin ExcerptNext