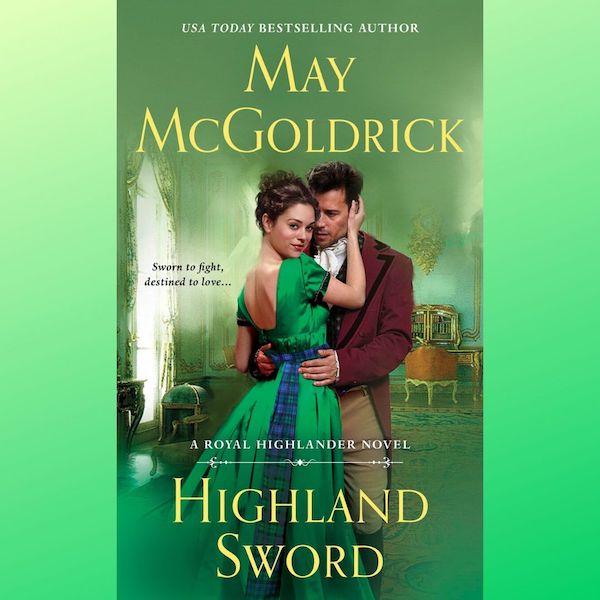 Fleeing to the Highlands after her father’s murder, fiery Morrigan Drummond has a score to settle with Sir Rupert Burney, the English spymaster responsible for his death. Trained to fight alongside the other rebels determined to break Britain’s hold on Scotland, she swears to avenge her father’s death—until a chance encounter with a barrister as proud and principled as she is presents her with a hard choice…and a bittersweet temptation.

Aidan Grant has never encountered another woman like dangerous beauty Morrigan—and he has the bruises to prove it. Yet she could be the key to defending two innocent men, as well as striking a death blow to the reprehensible Burney. Convincing Morrigan to help him will take time, but Aidan is willing to wait if it means victory over corrupt government forces and freedom for his people…and Morrigan’s hand in marriage. Can two warriors committed to a cause stand down long enough to open their hearts to a love fierce enough to last…forever?

“You need to be smarter, or I’ll be beside you on an English gallows.”

A woman carrying a basket filled with wet clothes nearly careened into Aidan, but his brother pulled him out of the way.

“Come now. What did the bard say? Screw your courage to the sticking place—”

“How about if I screw my boot in your ear?” Sebastian scoffed. “I fear nothing.”

“Watch him there,” Aidan said as Sparrow turned down a side street. They quickened their steps.

By the time they reached the corner, the villain was some distance ahead of them. He was moving with a determined step, turning his head neither left nor right, like a wounded soldier lurching back toward his own lines. He was clearly laboring for breath, his shoulders rising and falling as he moved.

“He’s moving as if the Grim Reaper is on his tail.”

“He wants to get his things before we change our mind.”

“If he turns into that alleyway halfway down, I still say it’s a trap.”

“Don’t you think using this rogue to trap us in the middle of the day in an alley is a wee bit far-fetched?”

“You’ve forgotten High Street in Edinburgh. Midday.” He was right. In plain daylight. A ship’s master who’d had his ship seized for transporting Africans to sugar plantations in the West Indies had attacked Aidan with a knife. Sebastian knocked him down with a single blow and disarmed him.

“And how about the Crown & Anchor? London.”

That was in broad daylight as well. And within shouting distance of the Temple Bar. Aidan was on his way to meet his brother when two footpads attempted to waylay him. Sebastian had seen them from the doorway of the tavern and came to his aid. They turned out to be servants of Lord Horsley, another Tory foe whose nose Aidan had figuratively tweaked.

“The alley next to the Palace at Westminster. What time of the day was that?”

Blast. “And in every case, the two of us fought off the blackguards. Except at Westminster, where I was holding my own fairly well until you showed up.”

Sebastian’s answer was another grunt.

The truth was, Aidan could have been beaten to death that day. He couldn’t prove it, but he was certain those assailants had been hired by the Home Office.

Aidan definitely had his enemies.  And he knew he was more than just a burr under their gilded saddles. He was part of a reform movement that could unhorse the power of those in charge entirely. Many people in London, powerful men like Lord Sidmouth and his cronies, thought nothing of using a club or a dagger to eliminate foes like him.

“We’re at home. We’re in the heart of the Highlands. There are more sympathizers for the cause here than in the streets of…” He paused, motioning to a woman who was striding along in Sparrow’s wake. “If she’s unafraid of these back streets on her own, then I say the two of us have no reason to worry.”

Now that he’d noticed her, Aidan paid closer attention. A grey dress was visible beneath her long coat. A single dark braid of hair hung like a rope from under an oversized knitted tam. She carried nothing in her hands, which he noted were fisted as they swung at her sides.

She moved with the smooth, lithe ease of a young fencer, but she had a purposeful manner in her gait. Aidan glanced ahead at Sparrow and realized she was closing quickly on him.

The informer’s words came to him, along with his own thoughts — there were many people who would readily take the sword of justice into their own hands.

At that moment, Sparrow turned into the alley without a glance back at them. The woman slowed for the briefest of seconds, bent down, and reached into her boot. He saw the flash of the knife’s blade as she pressed it into the folds of her coat. In an instant she too had disappeared into the alley.

“You go after him,” Aidan shouted, starting to run. “I’ll stop her.”

She whirled as they stormed into alley. Intent as she was on Sparrow, they’d caught her by surprise. The alley was short and dark, and the brick walls on either side glistened with moisture and slick green patches. Aidan went after the knife he’d seen in her hand, knocking it from her grip as she raised it. His momentum drove him into her, and he grasped her arms to keep them both from falling.

Sebastian raced past them, and she struggled fiercely to wrench her arms free. Her dark eyes flashed. Even in the dank dimness of the alley, her beauty was stunning.

“I’m afraid I—” he started to say but got no further. Her knee came up sharply, knocking his bollocks half-way to Nairn. As he gasped for air, she nearly connected with another kick to the side of his knee, but he managed to deflect the blow, yanking her booted foot upwards and upending her.

Bloody hell. He was fighting with a woman. She was on the ground for only an instant. Springing to her feet, she glanced once at the end of the alleyway and then darted toward her knife, which lay on a tangle of discarded netting along the base of the wall.

Woman or she-devil, he thought, he wasn’t about to let her use him for a pin cushion.

She reached out to snatch up the weapon, but Aidan caught hold of her coat, pulling her back. She spun away, yanking herself free of his grasp and falling on her face as she slid across the ground. Immediately, she was on her knees. She reached up to touch her rapidly swelling lip.

He staggered toward her, wincing at the pain between his legs. He leaned down to take her hand and help her up. Another mistake.

Without an inkling of warning, she reared back and butted him, planting her forehead squarely in his eye and knocking him onto his backside.

He sat for a few moments, dazed. When the cobwebs began to clear, she was gone. He looked around, but one of his eyes was not functioning. He touched it, but it was already swollen shut.

Aidan groaned and struggled to his feet. He scanned the alley with his one good eye, searching for any remnant of his manly self-respect. He spotted her knife and picked it up. Finding his hat where it had fallen, he sagged back against the wall.

A moment later, Sebastian came down the alley with Sparrow alongside of him. He paused by where Aidan sat in a heap, not even trying to hide his smirk.

“Perhaps next time, you should run after the sickly men, and I’ll fight the women.”

Copyright 2020 by the author and reprinted with permission of St. Martin’s Press. 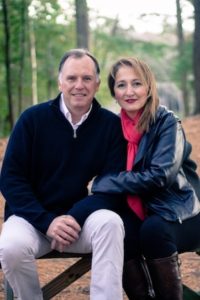 USA Today bestselling Authors Nikoo and Jim wrote their first May McGoldrick romance using historical figures that Jim researched while earning a PhD in sixteenth-century Scottish and English literature. Nikoo, a mechanical engineer, is a born storyteller. She is all about characters and feeling. Jim is about action and sense of place. Together, they have crafted over forty fast-paced, conflict-filled historical and contemporary novels and two works of nonfiction under the pseudonyms May McGoldrick and Jan Coffey. Their beloved romance series include The Pennington Family, The Scottish Relic Trilogy, and the Royal Highlander.

Where to Find the Author:

Keira Soleore writes for the International Examiner and Cogitations & Meditations. She enjoys connecting with readers on Twitter (@keirasoleore) and through her website (www.keirasoleore.com). Her interests include medieval manuscripts, philosophy, poetry, picture books, choir, sunshine and beaches. Keira is a pseudonym.
All Posts
PrevPreviousDancing Around Romance in YA Historical Fiction by Amy Trueblood
NextLas Culturistas: A Funny Podcast for Culture Lovers!Next