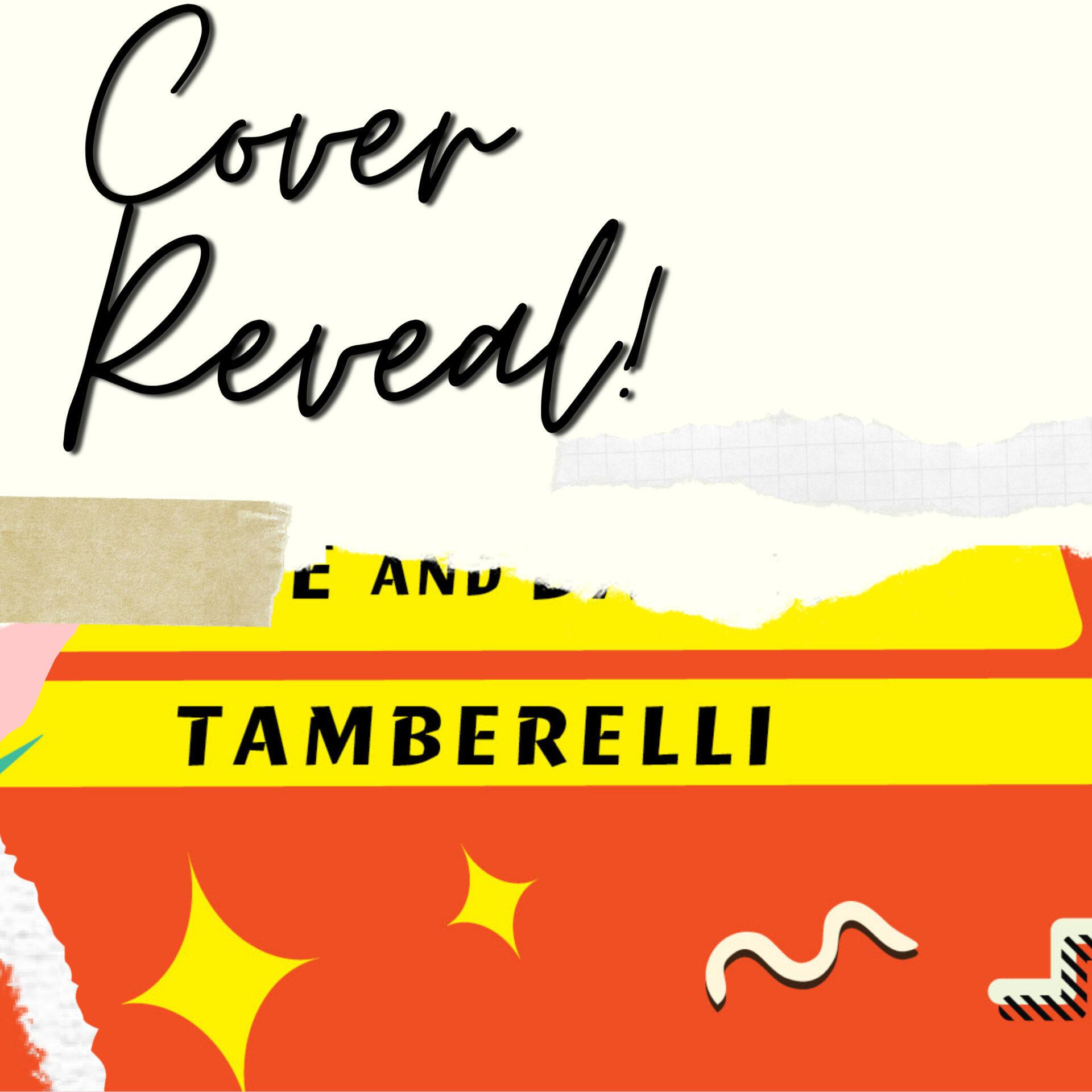 We are so excited to bring you the beautiful cover of The First Date Prophecy by Kate & Danny Tamberelli! 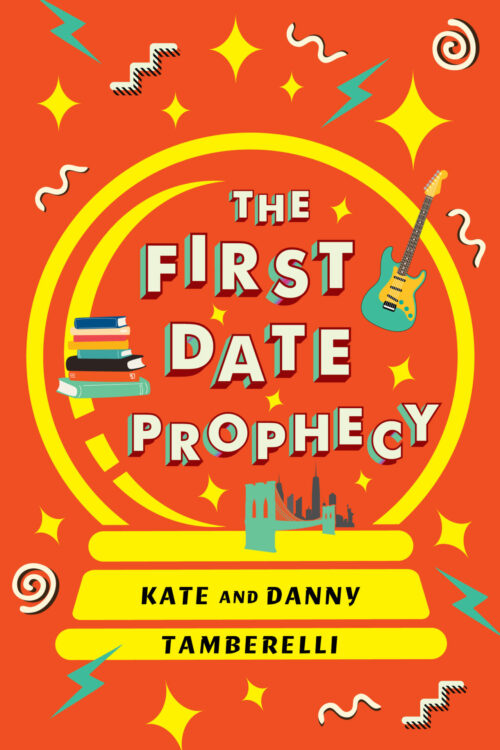 About The First Date Prophecy:

For two talented romantic misfits who’ve been looking for love for so long, a prophecy from a psychic could be just another disastrous-first-date anecdote—or it could be the beginning of a love story for the ages . . .

Brooklyn-based aspiring writer Lucy Minninger has no trouble putting the comedy in her rom-coms. It’s the romance part of the equation that’s the problem. But even as the rejection slips pile up, and her second dates dwindle, Lucy refuses to give up hope—or her HeartThrobs™ dating profile . . .

Former child star Rudy Riziero made his mark on some of the most popular kids shows of the ՚90s. But that early success has pigeonholed him into a stand-up routine riffing on his past work, while the slick single life he envisioned was clearly a fantasy. He’s actually ready for a relationship, if he could just find someone uninterested in who he used to be . . .

When Lucy and Rudy match online, they’re eager to meet. But after their first date ends in a psychic’s prophecy that is equal parts great fortune and certain doom, their flirty quips end and their search for answers to some of life’s big questions begins: Is there really one person for everyone? Do destinies really intertwine? Where can you find the best tacos in Brooklyn?

And when it matters most, will they throw caution—and fate—to the wind, trust their instincts—and write their own futures?

Kate and Danny Tamberelli are a wife-and-husband writing team; The First Date Prophecy is their debut rom-com. Kate—as Katelyn Detweiler—is a literary agent and YA author, her novels including The Undoing of Thistle Tate and The People We Choose. Danny is an actor, musician, and comedian who rose to fame on Nickelodeon shows like The Adventures of Pete & Pete, All That, and Figure It Out. He currently hosts the podcast The Adventures of Danny & Mike, the live comedy show Nostalgia Personified, and is the bassist for the band Jounce. Kate and Danny live in Brooklyn with their son, and enjoy seeking out the finest food trucks their neighborhood has to offer. Readers can find them at https://katelyndetweiler.com/ and https://dannyandmike.com/.