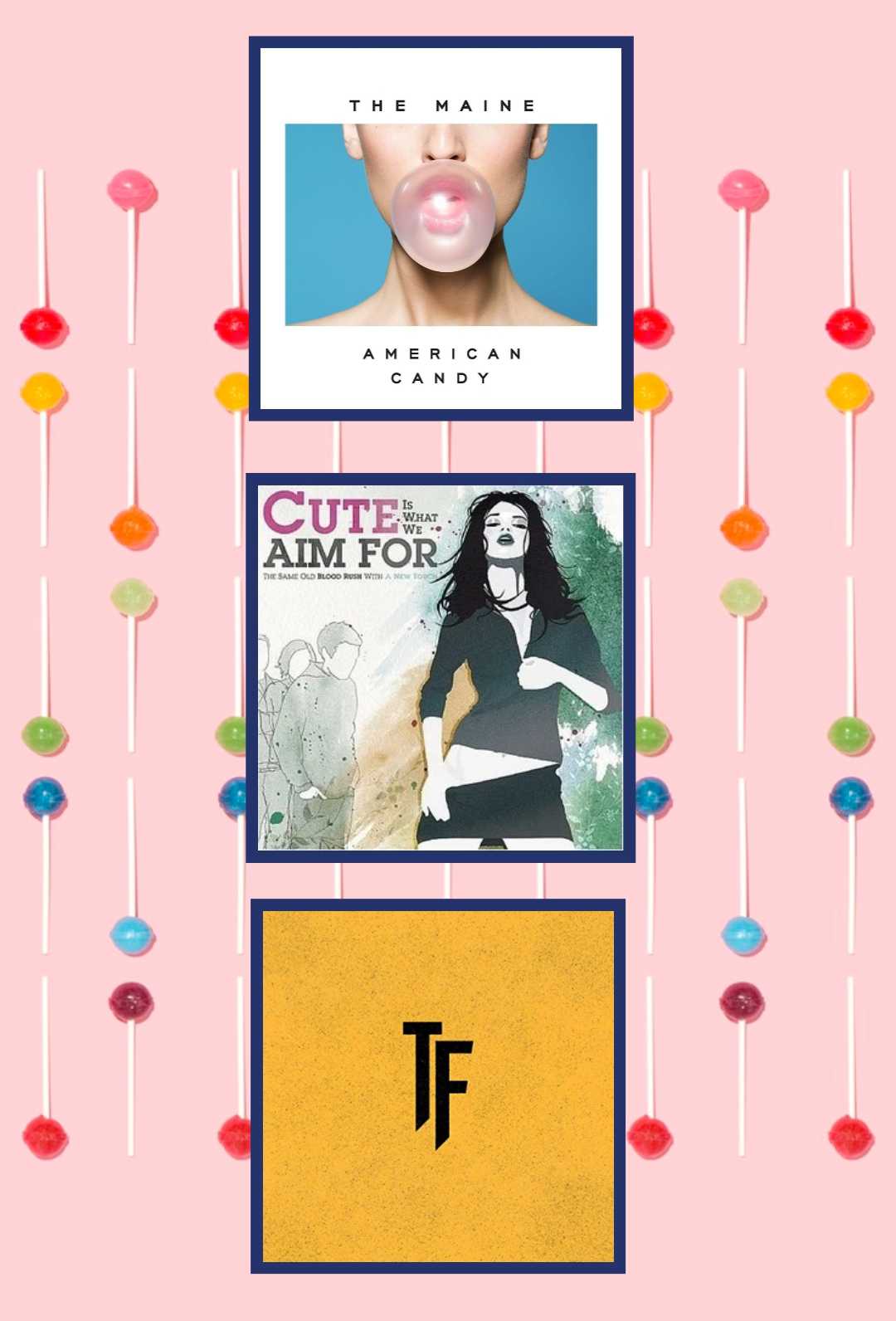 It’s September, which means it’s Halloween. And Halloween means candy! Here are ten of my favorite songs that mention candy, sugar and everything in between.

American Candy by The Maine

My friends like to tease me that I like Pop Punk music too much (hi, Troy). And it’s true! One of my favorite bands is The Maine, and one of my favorite albums of theirs is called American Candy! Of course, I had to include that album’s titular song on this playlist! This album is a great place to start if you’re looking to get into pop punk music but are looking for something a bit tamer!

A Million Stars by The Faim

Okay, so maybe this playlist will be all pop punk. Oops. I just discovered The Faim recently, but I love all of their songs! This one is perfect to listen to “with a handful of red vines.” Red Vines or Twizzlers, everyone!? This topic has been heavily debated in the Frolic office.

This was one of my favorite songs from Spanish class in high school. The music video is all about cookies and it’s adorable, just like this song. ¡Nuestro amor sabe el chocolate! Even if you don’t speak Spanish, this cute catchy tune will have you singing along.

Float on By by Golden Coast

Now that we’re almost halfway through the playlist, my blood sugar’s getting low, just like in this song! Float on By appeared on my discover weekly, and it’s been one of my go-to songs all month long. I highly recommend checking out the rest of Golden Coast’s songs, too!

Sugar, We’re Going Down by Fall Out Boy

Told you this playlist was going to be punk! This classic Fall Out Boy song fits right in with the rest of these sweet tunes.

This song was a favorite of mine back in high school, and definitely one of my favorite Lana songs. Lana’s lyrics are always incredibly poetic, and like all her songs, this one tells a riveting story that I want to listen to again and again.

Another One by Conor Maynard

Ah, Conor Maynard, my high school boy band crush. I met him with some friends back in like, 2013, and he said to me, and I quote, “see you later.” It’s later, Conor.

Kidding! Another One is one of my favorite songs from his album Contrast. The whole album is worth the listen, especially Vegas Girl and Mary Go Round!

Don’t Do Love by Malibu

You guys know I LOVE being on the forefront of discovering new bands! I’m super excited to tell you about alt rock band Malibu! I discovered their album Dangerous Valentine this week and listened to it for literally an entire day. Don’t Do Love is sweeter than honey. It’s a shame they don’t do love, because I sure LOVE this song.

Sweet Talk 101 by Cute is What We Aim For

Story time! I saw Cute is What We Aim for back in 2017 at the We The Kings 10 Year Anniversary concert. Also at that concert were a few smaller bands, including Astro Lasso, who are managed by none other than Frankie Muniz. Believe me, nothing is more surreal than walking into a tiny basement concert venue for a pop punk and accidentally bumping into Frankie Muniz. One of the guys we were there with went up to Frankie and asked “are you Frankie Muniz??” to which Frankie Muniz replied “no” and walked away. It was the funniest thing that’s happened to me at a concert to date. Anyways, back to CIWWAF! This song may not be about sugar, but it teaches you how to get your sweet talk on.

She’s So Mean by Matchbox Twenty

Hardcore, candy store, give me some more! Back in 2015, when I was rocking one of those plug-in music transmitters in my car, I had this song on repeat every day! Just like the song’s narrator can’t let go of his lady, I can’t let go of this song!

You can get a sugar rush of your own with the full playlist here.

Samantha Martin is Frolic's Creative Executive. She loves television, podcasts and swooning over her favorite band members.
All Posts
PrevPreviousExclusive: Excerpt of Driving Me Wild by Mia Carter
NextLove This? Try That! Disney Movie EditionNext