Texts From A: 18 Times Season 2 Made Me Look Like a Fool 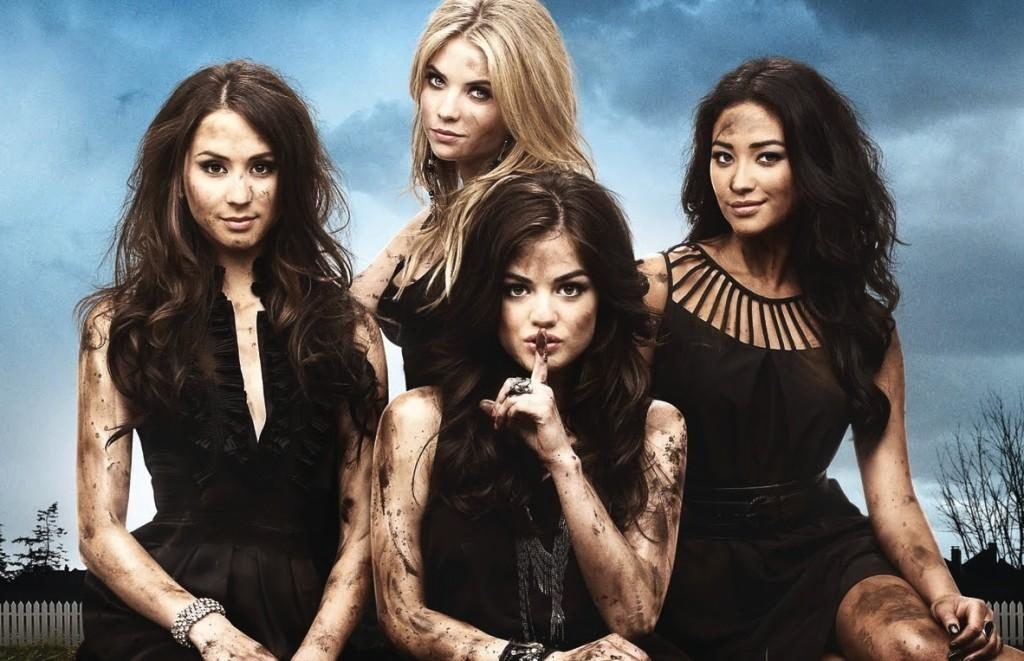 Hello, friends, and welcome to Texts From A, where I’m watching Pretty Little Liars for the first time and telling you all about it!

You may notice that this post is about all of season 2, instead of just a couple episodes. I’m sad to say that PLL is leaving Netflix July 27th. To account for that, we made a change: Instead of going a little at a time, I am binging the hell out of seasons 2-7 and doing one post for each season.

To fit a whole season in one post, I also can’t do the same level of detail. Instead I’m trying to capture the essence of what it’s like to watch Pretty Little Liars season 2 for the first time…by telling you the 18 biggest times it made me look like a fool.

1. When I thought that Jackie would do a responsible adult thing and try to protect Aria after finding out about her relationship with Fitz, an adult man who is also her teacher… but instead, Jackie decided that a 16-year-old was competition and blackmailed her.

2. When I hoped Emily and Samara could keep being happy and cute, only for A to ruin it.

3. When I thought the screenwriters would drag out Mike’s rebellious angry phase for the rest of forever, but instead the show addressed it straight on, and Byron took the signs of depression in Mike seriously, got Mike in therapy and on some meds, and now we’ve been able to watch him heal.

4. When I had the tiniest glimmer of hope that the girls telling Dr. Sullivan/Elizabeth Bartlet the truth about A would lead to a big break, but mostly they just got Dr. Sullivan kidnapped and blackmailed.

5. Every time I hear about something terrible Alison did to someone and I go “nope, that’s it, I don’t like her, she was a horrific bully”, and then they show us a little of her private life and I’m pulled back in.

6. When I thought that we were well and truly free of Detective Creeper (some call him “Detective Wilden” I guess) but NOPE HE’S BACK!

7. When I assumed Aria’s parents would have the same stellar track record other parents on the show have with their daughters re: predatory older men pursuing them, but was pleasantly surprised when they were not only the first people to say “uh, she’s a MINOR”, they also put the blame pretty squarely on Fitz since he was the adult and had the responsibility to end it.

8. The entire sequence of events beginning in season one that went like: “I love Lucas! He and Hanna are adorable, romantically or as friends! Oh god Lucas is acting like such a Nice Guy, great, he’s ruined. Awww, he brought Caleb back! Aww, they’re all friends! Oh, shit, why is he acting so weird? Is he going to Nice Guy again? Uhh. Is he working with A? Oh my god is he going to try to kill Hanna??? …No, he’s fine, he just gambled away some money.”

9. When I figured I already knew the “who’s really related to who” Hastings family drama because of some Spencer-related spoilers I accidentally found (which haven’t come up yet), but…nope, turns out Spencer’s dad is also Jason’s dad.

10. When I started to believe that Melissa and Spencer might finally get to have some kind of healthy sisterly relationship, the Hastings Girls Against the World, but it turns out Melissa not only might have murdered Alison, she has many secrets I suspect we’ve barely scratched the surface of.

11. When I started to convince myself that Jenna was just as much a victim of A as the girls and maybe they’d been pitted against each other (I hadn’t figured out what to do with the very suspicious conversations between her and Garrett but still), only to find out that she’s almost definitely involved with A. She might even be A!

13. When Maya came back and I actually yelled “MAYA!” because where the hell has she been, only for her to then promptly be maybe-murdered.

14. When, after all the times I’ve mentioned not liking her, Mona ended up really showing her care for Hanna and acting like a good friend.

15. When I tweeted about how I loved Mona now, and how I love her getting to be part of the group and getting to be in on them investigating A…AND THEN SHE TURNED OUT TO BE A. OR WORKING FOR A. UNCLEAR. I TWEETED ABOUT HOW MUCH I LIKE HER NOW AND LIKE TWO HOURS LATER I FOUND OUT SHE HAD BEEN PART OF “THE A TEAM” ALL ALONG.

16. Every time I’ve DMed one of my best friends, SFF writer Sarah Gailey, with theories or character feelings, only to very soon after discover new meaning in their evasive replies.

17. When I assumed that A was probably just one person working with a couple disposable partners (and the many people they’ve bribed), but it actually looks like A may not be one person – A might be more like a shadowy secret society.

18. Or maybe there still is an A at the top, with people allowed to pretend to be A? Why do I feel like I’m watching Iron Man 2?

Sarah Hollowell is a fat Hoosier writer working to up the magic quotient of Indiana. She's been published on Huffington Post, Fireside Fiction, and Apex, among others. She spends most of her time binging podcasts and needle felting characters from Animal Crossing.
All Posts
PrevPreviousThe Perfect Military Romances to Give you Fireworks this 4th of July by Susan Stoker
NextWhat is Frolic Reading? June 2019Next