Why is it so hard to get King Arthur right? By Signe Pike 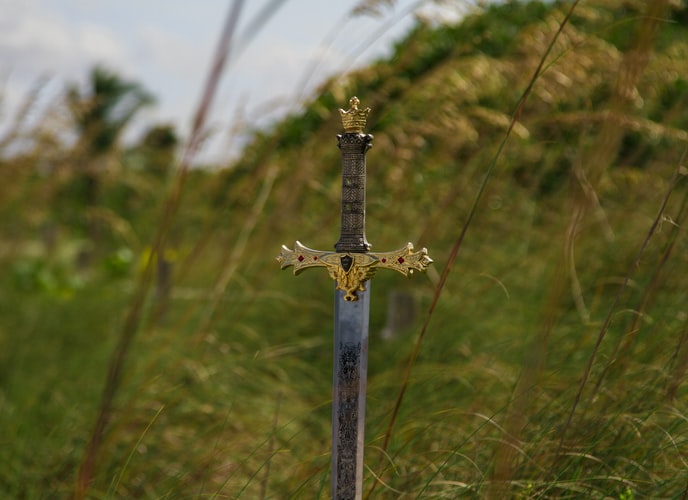 [Note from Frolic: We’re so excited to welcome author Signe Pike to the site today! She’s talking all things King Arthur. Take it away, Signe!]

The first step is admitting you have a problem, so here it is.

I am addicted to Long Ago and Far Away.

If you suffer a similar affliction, you know exactly what I mean. It’s an addiction to the past, to a time we can nearly touch but not quite remember, a time without the ping of text messages and the jolting blare of a telephone. Long Ago and Far Away is a time and place where buildings were made of rock or timber and travel was done by horse, by boat or most often, by foot. It was not a place where plastic piled up, choking our animals and our oceans. Instead, there was a different relationship to the earth; one of respect, subsistence and gratitude for the survival it provided. But the pining for this lost world becomes all the more acute when one recognizes the most difficult truth: I’m not speaking of some imaginary place. The place I’ve become addicted to is part of our very real human history. Early medieval Scotland.

In my fondness, I’ve painted an inaccurately rosy portrait here. Those centuries were hard living, full of violence, upheaval, and bloodshed. Nonetheless, the list of things that involuntarily rocket my heart rate include: horses galloping through fields of heather, brooding skies over mountains, wooden boats, grim-faced warriors (usually honor bound), mist, sea wind, huts in the forest, stone circles, ancient jewelry, hand-woven textiles and yes, even man buns. This makes me a real sucker for a wide variety of movies and television shows that touch these elements and bring them to life, whether they be straight historical or fantasy. Game of Thrones, for example, may be set in another world, but it possesses more than a touch of the medieval about it. Delicious. Outlander may be over one thousand years too “late,” but it ticks so many of the boxes. Vikings! Sweet heavens. So much there to love. But when it comes to the Arthurian legend, a tale born of the very days I would teleport myself to if given half the chance, nothing hits the mark.

Merlin and Camelot. The 2004 film King Arthur. The Mists of Avalon miniseries, based on one of my all-time favorite books. Guy Ritchie’s King Arthur, Legend of the Sword. And now, even the erful feminine retelling, Cursed, based on the YA cult novel of the same name. The list goes on, but despite my anticipation, the results are the same. They are either too flat or too fantastical. Discordantly modern, poorly produced, poorly cast, or poorly written. Sometimes they’re all of these things thrown together in one disappointing visual assault I will never quite manage to un-see.

“Why is Hollywood so obsessed with King Arthur?” a recent headline in The Independent lamented. Forbes agreed. “Hollywood Needs To Stop Making Robin Hood, King Arthur And Peter Pan Movies,” contributor Scott Mendelson wrote. “Excalibur was barely a hit in 1981 ($34 million domestic on an $11 million budget), but Quest For Camelot, First Knight, King Arthur, Legend of the Sword and The King Who Would Be King were absolutely not. The only real blockbuster King Arthur movie we’ve had was, by default, Aquaman.”

Why, why why? I’ve asked time and time again as I reached dejectedly for the remote. The story has all the elements we yearn for – heroism, natural enchantment, bravery, loss, love and betrayal. It was only in studying the real roots of the legend that I think I’ve discovered what all of these adaptations have been missing.

“Write one true sentence,” Earnest Hemingway once said. “Write the truest sentence that you know.” Hemingway knew the magical formula. In order for humans to feel connected, there has to be an element of truth, a realness we can recognize, one that thrums in our chests with the resonance of a tuning fork. And this is the crux of it. The “truth” of all these Arthurian stories is missing. No, not missing. It’s been lost, lost and robbed by centuries of misappropriation, beginning with Geoffrey of Monmouth and Thomas Malory and ending with so many of the works we find splashed across our television screens today. The elements of story are there, but the beating heart is missing. It wasn’t until I came across new and convincing scholarship into the legend of Arthur and Merlin that I understood this.

In recent years, a collection of new non-fiction books have come out that are helping those of us in search of something more real understand the true magnificence of the Arthurian legend. Adam Ardrey, Nikolai Tolstoy, Robin Crichton and early medieval historian Tim Clarkson have all published books on the real historical figures they believe inspired the legends of Arthur and his “magical” counsellor Merlin. Arthur was a Scottish warlord, and Merlin, a warrior and politician with nary a hint of magic shooting from his fingertips.

The more I read, the more I became ravenous for it. I read everything I could get my hands on. I read for years and years. The rabbit hole of my own research lead me into hagiographies of saints and ancient annuls. To king lists and 6th century fragments of poetry – memories of events in lives long forgotten. And the more I read, the more connected I felt to these lost people, as fragile and human as you or I, and no more or less magical, each in their own way.

Tell me more, I thought, absently pushing away the TV remote. Tell me something true. My addiction, I realized, was more accurately a sense of passion. I felt the longing to rediscover something more real, something that could truly make me feel. So I turned away from things that no longer felt true.

And I set out to create something different.

Signe Pike is the author of The Lost Queen, The Forgotten Kingdom, and the travel memoir Faery Tale, and has researched and written about Celtic history and folklore for more than a decade. Visit her at SignePike.com. 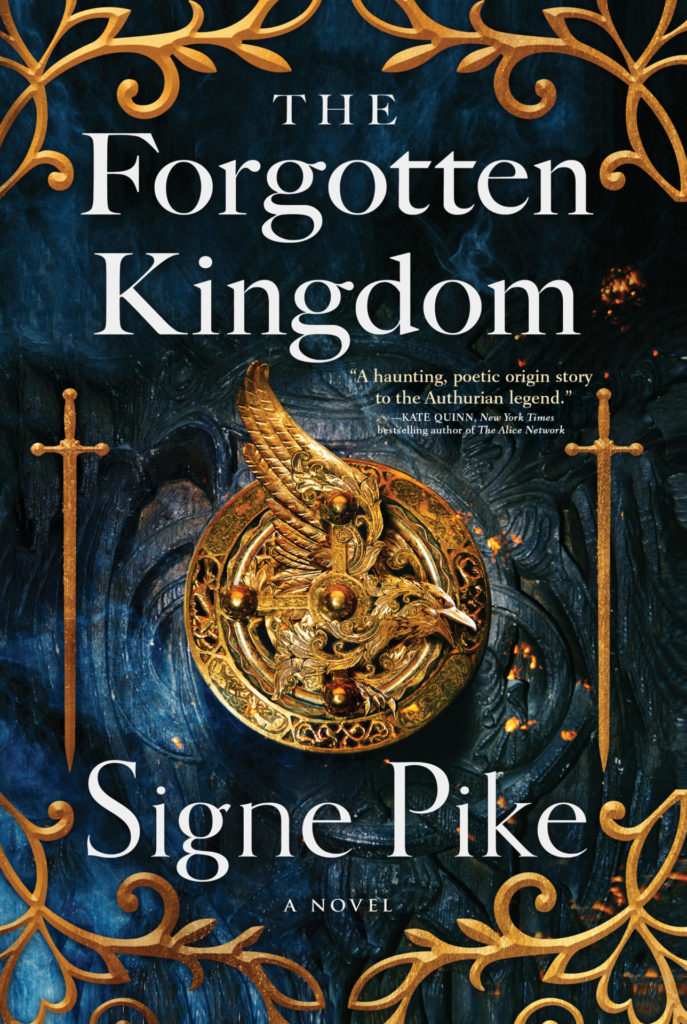 The Forgotten Kingdom by Signe Pike, out now!

The story continues in The Forgotten Kingdom, the second book in the epic Lost Queen trilogy, already hailed as “Outlander meets Camelot” (Kirsty Logan, author of Things We Say in the Dark) and “The Mists of Avalon for a new generation” (Linnea Hartsuyker, author of The Golden Wolf).

AD 573. Imprisoned in her chamber, Languoreth awaits news in torment. Her husband and son have ridden off to wage war against her brother, Lailoken. She doesn’t yet know that her young daughter, Angharad, who was training with Lailoken to become a Wisdom Keeper, has been lost in the chaos. As one of the bloodiest battles of early medieval Scottish history scatters its survivors to the wind, Lailoken and his men must flee to exile in the mountains of the Lowlands, while nine-year-old Angharad must summon all Lailoken has taught her and follow her own destiny through the mysterious, mystical land of the Picts.

In the aftermath of the battle, old political alliances unravel, opening the way for the ambitious adherents of the new religion: Christianity. Lailoken is half-mad with battle sickness, and Languoreth must hide her allegiance to the Old Way to survive her marriage to the next Christian king of Strathclyde. Worst yet, the new King of the Angles is bent on expanding his kingdom at any cost. Now the exiled Lailoken, with the help of a young warrior named Artur, may be the only man who can bring the Christians and the pagans together to defeat the encroaching Angles. But to do so, he must claim the role that will forever transform him. He must become the man known to history as “Myrddin.”

Bitter rivalries are ignited, lost loves are found, new loves are born, and old enemies come face-to-face with their reckoning in this compellingly fresh look at one of the most enduring legends of all time.

Where Romance and Pop Culture Live Happily Ever After.
All Posts
PrevPreviousLooking to Get into Novellas? Start Here
NextExclusive: Indivisible by Daniel Aleman Cover Reveal and Author’s Note!Next